Two Chinese scholars have warned in recent publications that it is, and that Beijing should learn a lesson from Japan’s mistakes in the run-up to the Pearl Harbor attack in 1941.

It has triggered a huge debate within the country.

Indeed, China’s current contentions on multiple fronts are hard to dismiss. China is locked in a harsh confrontation with the Trump administration over the South China Sea, Hong Kong, Taiwan and many other issues.

Ties with Australia have deteriorated. The border clash with India has seen the first deaths there in 45 years. Relations with Canada are strained over Huawei Technologies, and now the Czech Republic is in Beijing’s bad graces due to a politician’s overtures to Taiwan.

Even Germany, which had long enjoyed good relations with China, seems to be subtly shifting its stance, exemplified by the adoption of its first Indo-Pacific strategy. 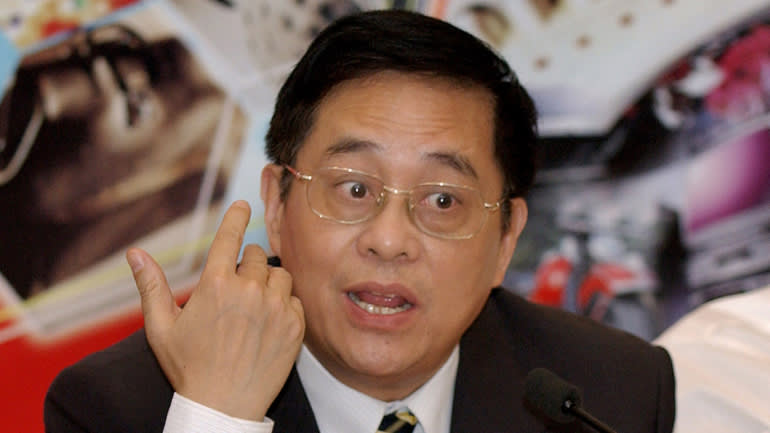 Yuan Nansheng is a former San Francisco consul general and head of the Chinese Communist Party committee at the China Foreign Affairs University, which trains diplomats, so his arguments carry weight.   © AFP/Jiji

One of the scholars is Yuan Nansheng, a former diplomat. “Confronting multiple countries at the same time is more than a diplomatic disaster,” Yuan wrote in an article this month.

“Not confronting multiple countries at the same time has been a basic rule of Chinese diplomacy for a millennium,” Yuan said. “The reason is simple. Making enemies on all sides is the worst diplomatic strategy.”

Through its surprise attack on Pearl Harbor, Japan antagonized the U.S., the U.K., France, Australia, China and even the Soviet Union, all at once, Yuan wrote.

Citing a book by American scholar Jared Diamond, Yuan said, “The rulers of the Japanese Empire overestimated their abilities and brought devastating consequences to the country.”

Another classic example of making enemies on all fronts, Yuan said, was the case of Empress Dowager Cixi of the Qing dynasty. Pushed by public opinion, the West Empress Dowager teamed with the anti-imperialist Boxers in 1900 to launch an offensive against foreigners in the country.

Forces from the Eight-Nation Alliance, which included Russia, the U.K., the U.S., France, Germany, Japan and Italy, moved into Beijing. China eventually signed the humiliating Boxer Protocol with 11 countries.

Touching on multiple historical examples, Yuan talked of the danger of diplomacy being “taken hostage by public opinion.”

Coming from a former San Francisco consul general and also head of the Chinese Communist Party committee at the China Foreign Affairs University, which trains diplomats, Yuan’s arguments were convincing.

Chinese intellectuals have praised Yuan’s article for its rationality. Nationalists on social media, meanwhile, have bashed the former diplomat as “a traitor to our country.”

One critical post compared China and its relations to a schoolchild being bullied.

“If five villains intimidate and extort small change from you on your way home from school, aren’t the five your enemy?”

The term “five villains” seems to refer to the U.S., Australia, India, Canada and the Czech Republic. 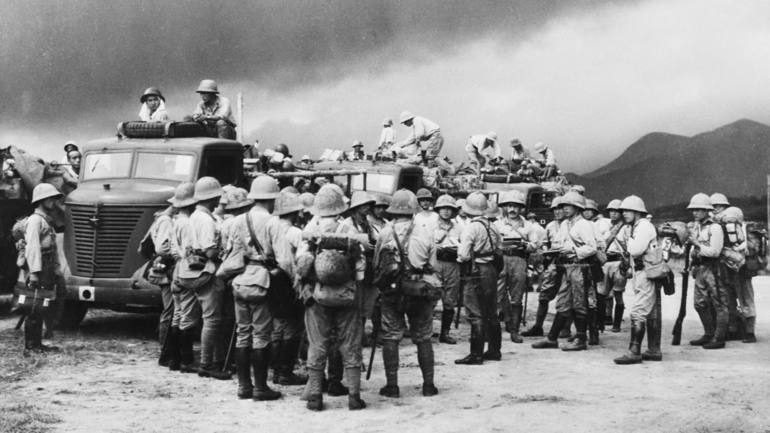 Under contemporary China’s system, people cannot squarely criticize the policies of the party and government. Therefore, people have long resorted to euphemism, often drawing on past historical facts to make a point.

Interestingly, Yuan’s article was initially not subject to deletion by Chinese censors, even though it sparked controversy and was taken as criticism of the country’s foreign policies under President Xi Jinping.

“That means a certain number of people inside the leadership agree,” one source said. But nearly a week after release, the article became inaccessible, after authorities concluded the controversy was getting out of hand.

The second article was by Xiao Gongqin, a leading scholar of neo-authoritarianism in China. It makes some interesting comparisons between what happened nearly 80 years ago between Japan and the U.S. and what is now happening between China and the U.S.

Xiao dials back to the summer of 1940. Despite protesting Japan’s aggression into China, the U.S. maintained economic relations with Tokyo, supplying scrap iron and oil in large quantities, he writes.

Later, as war drew closer, the U.S. imposed a total embargo on exports of scrap iron and oil to Japan, in what was known as the ABCD encirclement.

A series of embargoes by the Americans, British, Chinese and Dutch dealt a severe blow to Japan.

The embargoes were triggered by the Imperial Japanese Army’s advancement into the southern part of French Indochina, including Vietnam’s Cam Ranh Bay, in mid-1941.

The Japanese move was taken as violating the core interests of the U.S., which included the Philippines. The U.S. squarely regarded Japan as an enemy, eventually leading to the outbreak of war and the Japanese attack on Pearl Harbor.

It is not widely known in China that the Japanese army’s advance into southern French Indochina was the starting point of the war between Japan and the U.S.

While Xiao did not make the direct comparison, the Japanese army’s advancement overlaps with China’s current construction of artificial islands in the South China Sea.

The scrap iron and oil once supplied by the U.S. to Japan can also be likened to semiconductors and related technologies, for which modern-day China has relied on U.S.-led supply chains. 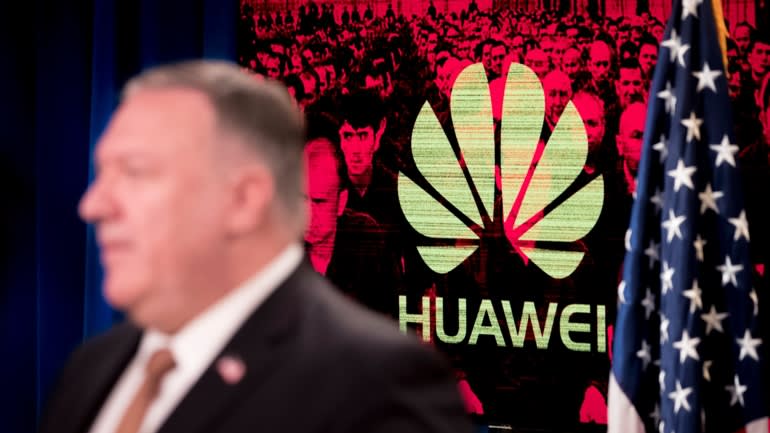 New U.S. restrictions on exports to Chinese telecom equipment giant Huawei have come into force as relations between the U.S. and China deteriorate into something that resembles a state of war, though one that lacks military clashes.   © AP

Under the Trump administration, the U.S. had initially maintained exchanges with China in the high-tech sector. But on Tuesday, new restrictions on exports to Chinese telecom equipment giant Huawei came into force.

The discussion comes as Japan installs its first new leader in close to eight years, putting Sino-Japanese relations in the spotlight.

Outgoing Shinzo Abe became Japan’s prime minister for the second time in December 2012, weeks after Xi took the helm of the Chinese Communist Party as its general secretary.

Suga said that amid U.S.-China tensions, an Asian version of the North Atlantic Treaty Organization would inevitably become an international coalition against China.

While placing the Japan-U.S. alliance as the linchpin of Japan’s national security strategy, Suga appeared to be taking a cautious stance on the formation of an anti-China coalition that would be reminiscent of an anti-Japan coalition before the outbreak of war between Japan and the U.S.

But he has not given Beijing clear hints at what his China policy will be.

Suga has said it is too early to think about a specific date for Xi to visit Japan as a state guest, as had been planned for April before the visit was postponed due to the coronavirus.

If the feud between Japan and China deepens over issues such as the Senkaku Islands in the East China Sea, an anti-China coalition will likely be formed in due course.

Will China stick to its millennium-old textbook and avoid creating enemies on all sides? If the Wolf Warrior diplomats ignore the lessons of history, catastrophe may await.