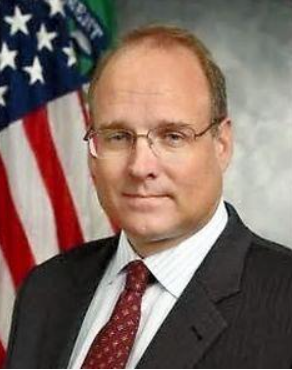 WASHINGTON, D.C. — Marshall Billingslea, who leads nuclear disarmament negotiations with Russia as the Trump administration’s special envoy, said in a telephone interview with the Asahi Shimbun that the New START Treaty between the U.S. and Russia, which is set to expire next February, “does not address current nuclear weapon issues and is the wrong framework for the future.” He also said that he is calling on Russia to join in a treaty framework that covers all nuclear warheads and includes China. He indicated that if an agreement cannot be reached, the New START Treaty may become invalid.

A framework without China would be a “mistake”

The New START Treaty is the only remaining nuclear disarmament treaty between the U.S. and Russia. The envoy noted that Russia is building up its short- and intermediate-range nuclear warhead missiles and China is also increasing its nuclear arsenal but these moves are not regulated by the treaty. He said he is calling on Russia to limit all nuclear warheads, to improve the verification framework, and also to agree to have China join the new, future treaty.

The U.S. has been requesting that China be included in the negotiations, but China, which is inferior to the U.S. and Russia in nuclear capability, has refused. Russia is seeking an unconditional five-year extension. “If the U.S. and Russia can agree on the right framework, the treaty can be extended. China will eventually need to be included, as well,” said the envoy. Referring to the possibility of the treaty’s becoming invalid if Russia does not agree, he said, “It is quite possible.”

Working-level talks between the U.S. and Russia over the extension have gotten bogged down. “Agreements on nuclear disarmament have always been made by presidents in the past,” said the envoy. “(If the treaty can be extended) it would be natural to think that President Donald Trump and President Vladimir Putin would jointly announce the agreement. It would be preferable if the two leaders could do it face-to-face.” There could be an agreement before the U.S. presidential election in November. “It depends on Russia,” said the envoy.

The Obama administration concluded the New START Treaty. Former Vice President Joe Biden of the Democratic Party, who is running against President Trump in the U.S. presidential election, has made it clear that he will extend the treaty if elected. “(Biden’s remarks) will not affect the negotiations at all,” said the envoy. “China is considering the deployment of as many as 1,000 nuclear warheads in the next few years. The New START Treaty, which was conceived a decade ago as the ‘Obama-Biden Treaty,’ is not suited to today’s threats.” he stressed.

Behind Billingslea’s emphasis on the need for a new framework for nuclear arms control lies a strong sense of crisis over China’s buildup of its missile capability. On the plan to deploy intermediate-range missiles to Asia, Billingslea said in the Asahi Shimbun interview that the U.S. will “work closely with the Japanese government so that China’s military buildup will not completely destabilize the Asian region.”

Billingslea indicated his awareness that China is accelerating the development and deployment of cruise missiles and ballistic missiles, and emphasized the importance of the U.S. joining hands with Japan and other allies to counter China. Billingslea also touched on hypersonic glide missiles, which fly at over five times the speed of sound, and said that the U.S. will “prevent the Chinese Communist Party from using weapons that pose a threat.”

The Intermediate-Range Nuclear Forces (INF) Treaty, which required the U.S. and Russia to forswear their ground-launched intermediate-range missiles with ranges of 500 to 5,500 kilometers, lost effect in August 2019. The U.S. military has since accelerated the development of intermediate-range missiles and searched for a way to deploy to Asia such missiles without loading them with nuclear weapons. Billingslea said that the development of land-based cruise missiles is “proceeding rapidly.”

Billingslea discussed the prospect that intermediate-range missiles will be deployed in the U.S. military in Asia within a few years. On the possibility of the deployment of such missiles to Japan, Billingslea said that the U.S. is “prepared to discuss [the matter] with the Japanese government,” suggesting that Japan is a possible deployment location.