Abe willing to be ‘special envoy’ for new PM Suga 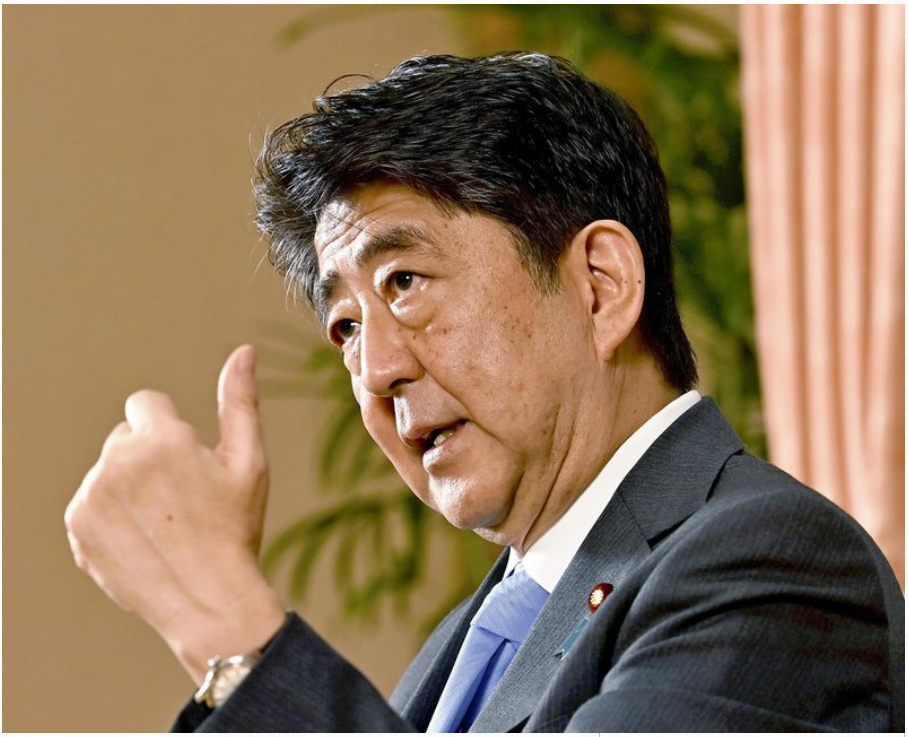 The Yomiuri Shimbun / Former Prime Minister Shinzo Abe speaks during an interview at the Prime Minister’s Office in Tokyo on Tuesday.

Former Prime Minister Shinzo Abe has revealed that he considered holding a House of Representatives election on the same day as a House of Councillors election several times during his tenure, and indicated he is willing to help new Prime Minister Yoshihide Suga in any capacity, including by serving as a special diplomatic envoy.

Abe, who stepped down on Wednesday, made the comments during two exclusive interviews this week with The Yomiuri Shimbun, in which he reflected on his seven years and nine months as prime minister and discussed his possible future political activities.

After Abe started his second stint as prime minister when the Liberal Democratic Party regained power in 2012, he led the party to victory in six consecutive national elections. Three upper house elections were held during his time as prime minister, and there was speculation Abe might dissolve the lower house to coincide with the 2016 and 2019 races. However, Abe eventually did not take this step, which would have led to a “double election” of both Diet chambers on the same day.

“Dissolution is a prime minister’s most important decision and requires the most careful judgment, so I considered every option,” Abe said. “Holding a double election was always in my mind.”

Abe explained that he weighed up the advantages of holding a double election. Defeat in the lower house election would boot the LDP from power, but “gaining support from the public could have given momentum to our policies,” Abe said.

Suga’s Cabinet lineup, which he announced this week, impressed Abe. “It showed the new prime minister is aware that he needs to steadily produce good results,” he said.

Abe indicated he is willing to help Suga in whatever role is asked of him. “My job now is to support the Suga administration. I would like to assist in any way I can, if I am requested to do so,” he said. Abe suggested he could help by serving as a special diplomatic envoy, which would allow him to tap the close relationships he crafted with world leaders including U.S. President Donald Trump and Russian President Vladimir Putin. Abe also holds high hopes that the Suga Cabinet will make progress on issues including the northern territories and the abduction of Japanese nationals by North Korea.

While disappointed that he was unable to amend the Constitution while he was in power, Abe felt progress had been made toward that goal. The LDP compiled revision proposals for four areas in the top law, such as specifically mentioning the Self-Defense Forces in Article 9. “We were able to show precisely how the text could be changed, rather than just in general terms,” Abe said. “I think we were the first administration that proposed amending the Constitution, but we couldn’t get it done. That deeply pains me.”

Abe also took a swipe at opposition parties and urged them to come back to the table to discuss amending the top law. “They claimed they couldn’t have discussions with my administration. Well, it’s now the Suga administration, so that excuse no longer applies,” he said.

Abe admitted he had agonized over the government’s response to the new coronavirus pandemic, which was often criticized for being too slow. “Not one day went past when I didn’t ask myself if there was something we could have done better,” Abe said.

The Tokyo Olympics and Paralympics are scheduled to be held in 2021, and Abe expressed confidence that Suga has the ability to ensure these sporting extravaganzas go ahead. “They would be a sign that mankind has triumphed over the coronavirus,” Abe said.

The Yomiuri interviewed Abe on Sept. 15, while he was prime minister, and on Sept. 17, the day after he stepped down.