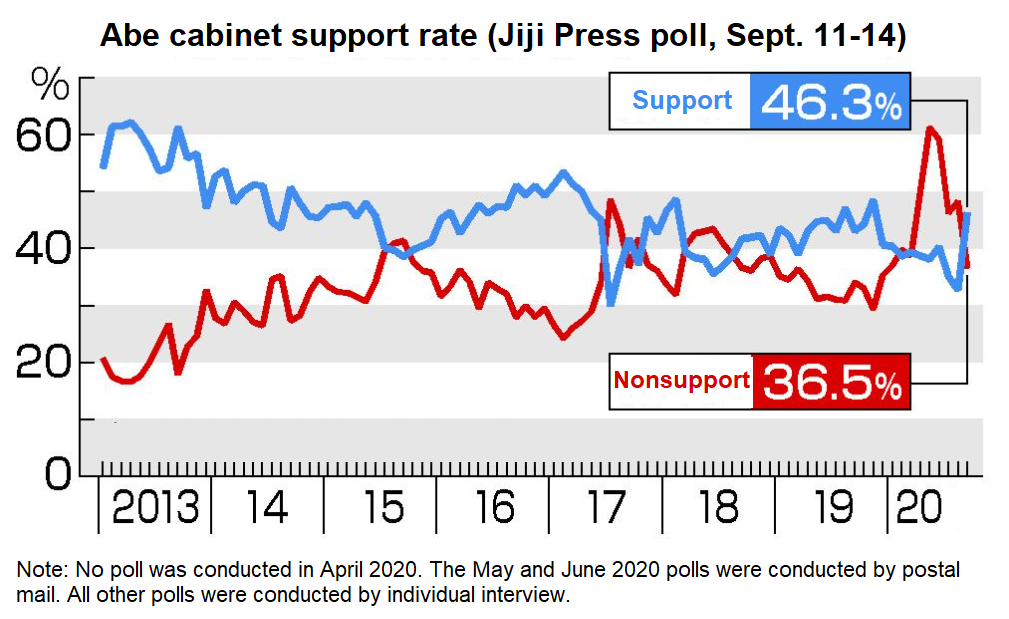 Tokyo, Sept. 18 (Jiji Press)–A Jiji Press opinion poll has found that 40.0 pct of respondents are in favor of the dissolution of the all-important lower chamber of the Diet, Japan’s parliament, and ensuring election coming “at or near the end” of the term for its current members.

This was the most popular answer in the survey, conducted over four days until Monday, before the launch on Wednesday of the cabinet of new Prime Minister Yoshihide Suga. The term of the current members of the House of Representatives is set to expire on Oct. 21, 2021.

The second most popular answer, cited by 22.3 pct, was “within this year,” followed by “soon after the turn of the year,” chosen by 11.8 pct, and “between spring and summer next year,” selected by 11.6 pct.

The proportion of respondents who positively rate measures the Japanese government has taken so far in the fight against the novel coronavirus came to 36.0 pct, while 42.0 pct said they rate them negatively, and 22.0 pct said they do not know or answered neither.

The survey covered 2,000 people aged 18 or over across the country. Valid responses came from 63.0 pct.