Abe: I’ve managed to pull Japan out of its decline 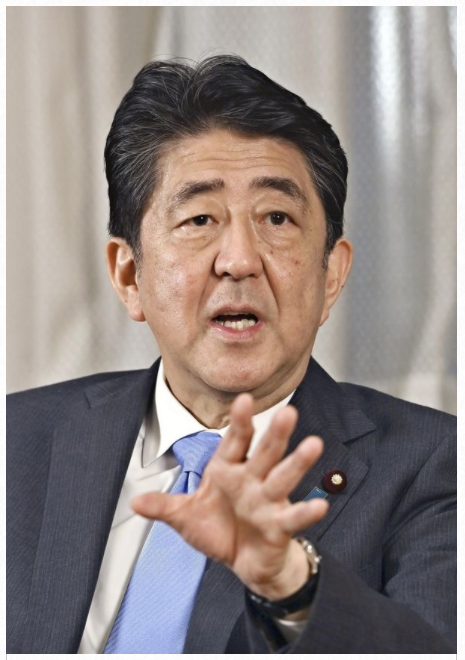 Then Prime Minister Shinzo Abe, during a recent interview with The Yomiuri Shimbun, looked back on his first and second administrations and discussed his thoughts on political situations, domestic politics and diplomacy. This is the first installment of a three-part series.

Shinzo Abe: I managed to keep the administration in power and proceed with work to carry forward our policies, by winning six national elections, including the one in which the Liberal Democratic Party regained power. I would like to thank the people for their support.

Q: How is your health?

A: The new medication is working. I’m feeling fine now.

Q: How did you decide on the timing to step down this time?

A: I felt so strongly that I should never again invite a situation like what happened 13 years ago when I resigned [during my first administration]. I stepped down back then soon after reshuffling the Cabinet and calling an extraordinary Diet session. I caused the people so much trouble.

This time, even as my health continued to worsen, I decided to give way to the next person when I was still physically capable so as not to create a power vacuum.

Autumn is the season for reshuffling [the Cabinet], appointing new executives [of the LDP] and convening the Diet. With this in mind, I thought about when I could step down before all these things happen and came to the conclusion that the end of August would be the only time I could do so. Thus, I dared to make the decision.

Q: What is your political legacy?

A: I would be happiest if future generations could realize it in their life and say, “The Abe administration years were good.”

In 2012, when I became prime minister again, Japan looked like it was going downhill. Now I can say that I have perhaps managed to change the situation to an era when it feels as if we can still look at the clouds above the hill.

The greatest responsibility of government in the economic field is to create a place where people who want to work can work. I tackled nearly 20 years of deflation by shooting the three arrows [bold monetary easing, fiscal stimulus and growth strategy] of the Abenomics policy package, which created more than 4 million jobs.

I also raised the consumption tax rate twice to deal with ever-growing social security costs and maintain the nation’s confidence. Although it took so much energy from the administration, we made it through.

With the increased revenue from the tax rate hikes, we were also able to provide free early childhood education and childcare.

Q: You dissolved the House of Representatives twice. Did you ever consider holding the lower house election on the same day as the House of Councillors race?

A: Making decisions is the biggest task for the prime minister. There are several decisions that the person in the post has to make alone. One prime example is making a decision about dissolving the lower house.

I always had a thought about whether to hold elections for both chambers of the Diet on the same day. If the government could win the support of the people by asking for the confidence of the public in national elections, it could gain momentum to carry forward its policies.

However, on the other hand, if it fails, it would lose the reins of power. Dissolving the lower house is the prime minister’s biggest risk to take.

I didn’t really understand it when the opposition parties were critical of a lower house dissolution because it could be the best opportunity for them to regain power from the ruling coalition. With the emergence of the Kibo no To (Party of Hope) [led by Tokyo Gov. Yuriko Koike], the lower house election in 2017 was a daunting ordeal.

Q: Did you ever think about dissolving the lower house one more time?

A: No, I basically didn’t think about it.

Q: What are your expectations for Yoshihide Suga as the next prime minister?

A: Suga has been a close associate since I was elected [to the House of Representatives] the second time when I was working on the issue of history textbooks [mainly over the subject of comfort women].

He was also supportive of the legislation on sanctions against North Korea [that I took up before the establishment of my first administration].

After my first administration came to an end, Suga was quick to advise me to give it another try.

Suga is a person who is always willing to work hard for others. My wife once asked me, “When you were chief cabinet secretary, did you do as much for Prime Minister [Junichiro] Koizumi as Suga did for you?”

Suga has lived up to his words of “dedicating all his strength and heart” to the nation and the people.

Q: What are your thoughts on the lineup of the Suga Cabinet?

A: It reflects his determination to certainly bring results amid the novel coronavirus crisis. People with experience and specialists are well allocated.

Q: How do you evaluate the work by former LDP Policy Research Council Chairperson Fumio Kishida?

A: Kishida served as foreign minister for five years in my second administration. He made preliminary arrangements for then U.S. President Barack Obama’s visit to Hiroshima. I believe such groundwork helped Washington decide to let the president visit the city.

Unusually for a politician, Kishida doesn’t try to show off much. Still, he is faithfully committed to doing his job thoroughly.

During his tenure, then Prime Minister Shinzo Abe dissolved the House of Representatives twice — in 2014 and 2017 — using the consumption tax hike as the key issue.

Abe achieved a landslide victory in both lower house elections as the Liberal Democratic Party and its coalition partner Komeito secured two-thirds of the seats.

In November 2014, the government announced a postponement of the increase in the consumption tax rate to 10% by 1½ years, which was initially scheduled for October 2015.

“Now that I have made a decision that is so important to the nation’s economy,” Abe said at the time, “I firmly believe I should ask for the confidence of the public immediately.”

On the other hand, he did not dissolve the lower house in June 2016 when the government again decided to postpone the tax rate hike to 10% for 2½ more years, but instead expressed his intention to ask for the confidence of the public in the House of Councillors election.

In September 2017, Abe dissolved the lower house. The point of contention in the race was about changing how to spend the expected increase in revenue from the tax rate hike to 10% planned in October 2019 to secure funding for a multigenerational social security system, including free early childhood education.