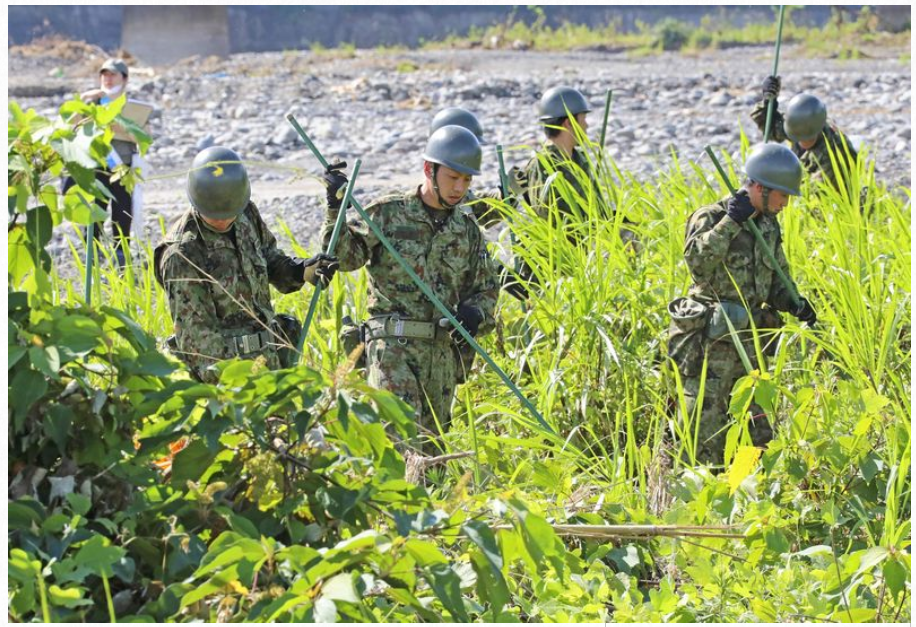 Yomiuri Shimbun file photo / Self-Defense Forces members search for missing people near the Kuma River in Kumamoto Prefecture on July 20 after it flooded due to torrential rain.

The Defense Ministry has decided on a policy to financially support fixed-term Self-Defense Forces members if they go to university after completing their term, on condition that they register as “reserve” or “ready reserve” members of the SDF, The Yomiuri Shimbun has learned.

Fixed-term SDF members include high school graduates. They serve for an extendable term of two to three years. The ministry will include the related expenses in its preliminary budgetary request for fiscal 2021.

The policy is aimed at recruiting more young people who can serve on the front lines in times of emergency.

Fixed-term SDF members are recruited from those aged 18 to 32. After serving a certain period of time, many of them find employment at private companies or other organizations, but some of them, about 70 every year, aspire to go to university.

The ministry is requesting a budget for the support costs for about 100 reserve members.

Of the 15,548 members who joined the SDF in fiscal 2019, nearly a half of them, or 7,359, are fixed-term members. At the end of the fiscal year, there were 21,364 fixed-term members. Due to a decline in the population of young people, the number of new recruits has been smaller than planned for six consecutive years.