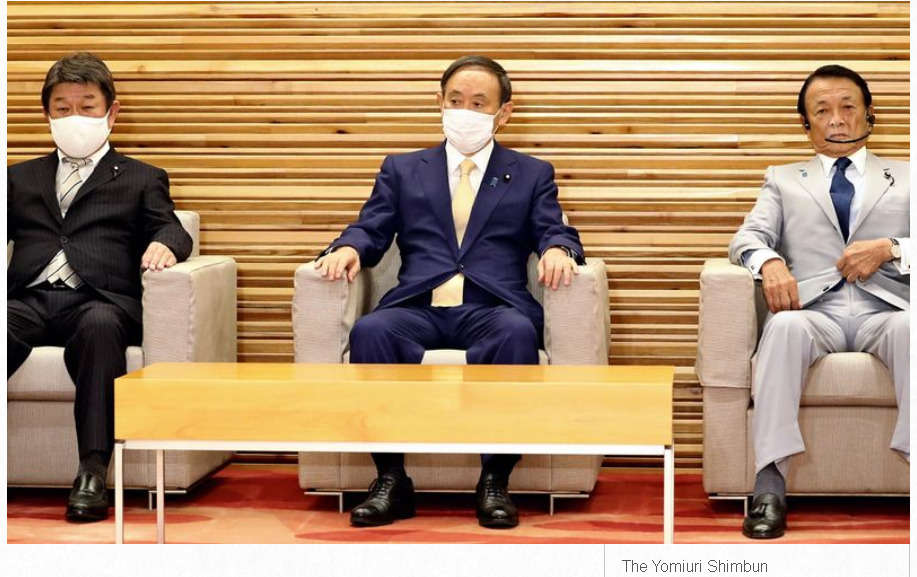 Prime Minister Yoshihide Suga has formed a new Cabinet, succeeding Shinzo Abe, the nation’s longest-serving leader. This is the second installment of a series exploring the domestic and diplomatic issues facing the new administration.

“Our occupancy rate is less than 10% and there is no prospect of improvement,” said the operator of a hotel near Tokyo Disney Resort in Chiba Prefecture.

Lamenting the current situation, the man said he plans to close another hotel he runs in Osaka at the end of September.

Even after the coronavirus-related state of emergency was lifted, occupancies failed to recover.

The government has been trying to improve Japan’s appeal as a tourist destination to attract more visitors. The growth strategy, which Prime Minister Yoshihide Suga spearheaded as chief cabinet secretary under the previous administration, has hit a major obstacle.

Real gross domestic product in the April-June period fell 7.9% compared to the January-March period. On an annualized basis, this represents a decline of about 28%.

Under these difficult circumstances, the Suga Cabinet has been launched, with economic revival a top priority.

The Internal Affairs and Communications Minister Ryota Takeda said Friday that mobile phones were “not a luxury, but an important part of infrastructure that supports life.”

This is a clear indication of the government’s intention to win public support.

The measures are also expected to raise the level of consumer spending, which accounts for more than half of the nation’s GDP.

Of course, this alone will not be enough.

Suga has instructed Economy, Trade and Industry Minister Hiroshi Kajiyama to study a system that can boost the productivity of small and midsize companies and make them more resilient by promoting restructuring among other measures.

Digitization in both the public and private sectors is also something that the new administration needs to work on, as deficiencies have emerged in the wake of the coronavirus crisis.

“Overseas firms are ahead of us in some areas, but we have many excellent engineers in Japan,” said Takuya Hirai, who was appointed minister in charge of digital reform. “We have to think of ways to boost [digitization].”

Nearly 20 years ago, the government declared that it wanted Japan to be the world’s most technologically advanced country within five years. The Suga administration’s ability to find solutions for long-standing problems will be tested.

At the same time, it is also imperative for the new prime minister to pay close attention to the nation’s finances.

The general account budget for fiscal 2020 exceeded ¥160 trillion, including two supplementary budgets. About ¥90 trillion will be covered by the issuance of additional government bonds, which represent new debt.

Debt that the current generation cannot pay back will be passed on to future generations.

“We must end deflation and pave the way for economic revival while continuing to reform revenues and expenditures,” Finance Minister Taro Aso has said.

How will the Suga administration deal with the difficult problems left behind by the Abenomics economic policy package?

The prime minister’s abilities will be put to the test.