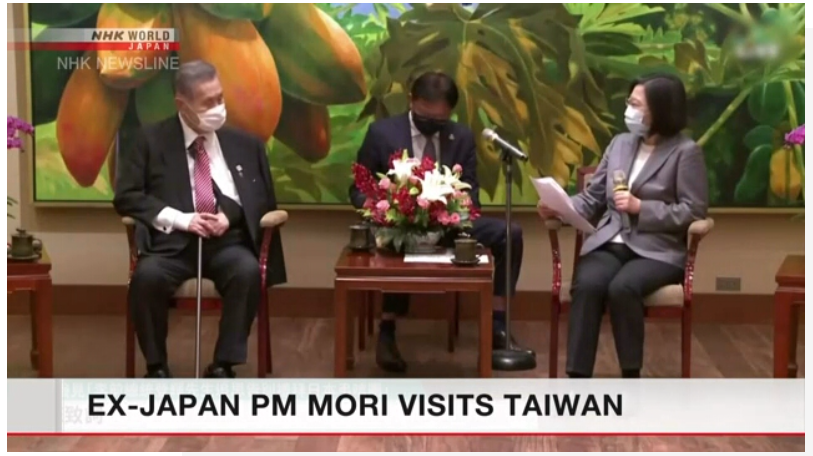 Mori delivered Suga’s message to Tsai in a meeting in Taiwan on Friday.

Mori said Prime Minister Suga gave him a phone call on Thursday and asked him to convey good wishes to President Tsai and the people of Taiwan.

Tsai expressed her gratitude to Mori for visiting Taiwan and extended her best wishes to Suga and his Cabinet.

Tsai said she believes that through joint efforts, “Taiwan and Japan will continue to enhance cooperation in all areas and further strengthen bilateral relations.”