Japan must demonstrate its “own view of China” in new National Security Strategy: expert 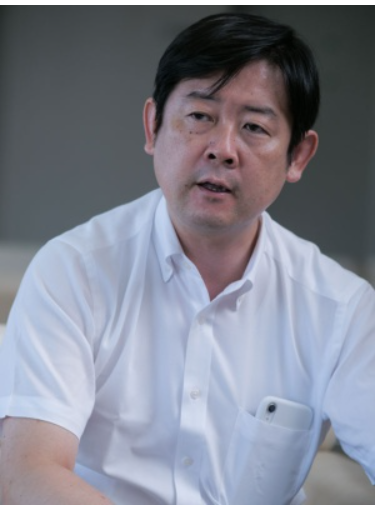 [Following is an interview with Hosei University Professor Satoru Mori.]

Question: There has been much talk about revisions to the National Security Strategy (NSS). What is your take on the reference to “technology”? Is there anything that should be added? Are there any passages that should be revised?

But I believe that a pillar of the upcoming revisions will be China’s recent moves. So I would like to talk about this first.

I think Japan should clarify its understanding of the direction in which China is heading.

During discussions with experts, I often hear them say, “How can Japan strike a balance between the U.S. and China?” and “How closely should Japan align its policies with America’s?” It seems these questions were triggered by their doubts about the U.S.’s hard line toward China and the U.S. presidential election in November. It also seems the questions reflect their fear that “the U.S. will maintain a tough stance toward China even if the Democratic candidate, Joe Biden, wins. But at least the existing hardline policy toward China might be modified by a Biden administration. So if Japan carelessly shows a tough stand against China as the Trump administration does, Japan may be put in a difficult position.”

I think it’s odd for Japan to formulate policy toward China based on the U.S.’s posture. Japan should take its own measure of moves by China regardless of who the American leader is. Japan should independently evaluate the Chinese government’s behavior toward Hong Kong and other regions; its policy, promoted by leader Xi Jinping, to become a “superpower”; and issues raised by its activities in the Senkaku Islands and the East and South China Seas as well as its belt and road initiative. Japan should not fret over a slight change in the U.S. government’s attitude toward it.

Mori: We should consider the specific threats posed by China. I have grouped them into three categories. The first category is military preparedness and technology. China is trying to offset the U.S.’s ability to come to the assistance of East Asia by enhancing A2AD capabilities. In recent years, the U.S. quickly stepped up efforts to prevent its technologies from being stolen by China. This was driven by an arms race and a military technology race between Washington and Beijing.

Q: A2AD stands for Anti Access/Area Denial. China’s strategy is to prevent the U.S. military led by an aircraft carrier from accessing the waters within the second island chain, which is a “sanctuary” for China. To realize this strategy, it is improving the capabilities of ballistic missiles, cruise missiles, submarines, and bombers. The first island chain stretches from the East China Sea to the South China Sea via Taiwan. The second island chain runs from the Izu Islands to Papua New Guinea through Guam.

Mori: That’s correct. China is making it difficult for the U.S. military to get involved in Asia by beefing up its ballistic missiles and other armaments so that neighboring Asian nations would think that it is no use seeking help from the U.S. military. China is building a system that enables it to win without fighting while creating a situation where its neighbors’ resistance to it does not avail. That is how China is building a de facto sphere of influence.

The U.S. initially tried to counter the situation through developing a strategy. But Washington later came to view the situation as a more fundamental issue at the level of military technology. However, the current technological environment is different from what it once was and the use of advanced technology to offset disadvantages has become more difficult, which is increasing the [Chinese] threat for the U.S.

We should keep in mind that this issue is directly related to Japan’s security. We tend to think that the management and regulation of technologies only matters to the U.S. and China and discuss the issue as if Japan is indirectly involved as a U.S. ally. But we must understand that dominance in advanced technology matters to Japan as it determines the military balance in the western Pacific.

Mori: The second category of threat posed by China is the expansion of its sphere of influence backed by economic power. It is a method called “economic statecraft,” in which a country uses economic means to achieve geopolitical national interests.

Q: The recent pressure on Australia is a typical example.

Mori: Exactly. China is even using economic tools in relentless attacks against such advanced nations as the U.S. and Australia. That is why the importance of “economic” security is increasing.

The third category of Chinese threat is the manipulation of public opinion. I think Japan should demonstrate in a new NSS how it evaluates the Chinese threat in military preparedness and technology, economy, and political maneuvering and how it will deal with the threat in these different spheres.  How to respond to a superpower expanding its influence by repeatedly engaging in unilateral actions while ignoring the interests of neighboring countries requires a way of thinking that is different from defending territory and sea lanes. (Abridged)