“U.S. ready to talk with Japan about how to address China’s military buildup and nuclear ambitions,” U.S. special envoy for arms control 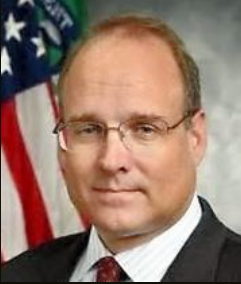 WASHINGTON — U.S. Special Envoy for Arms Control Marshall Billingslea left on a trip to Asia on Sept. 25. In an interview with Asahi Shimbun, he said: “If I have an opportunity to meet with Japan’s new administration, I would like to discuss with them how Japan, as an ally of the U.S., will respond China’s rapid military expansion and nuclear ambitions.” He went on to say that he would ask that Japan and others call upon China to join the framework of the nuclear disarmament treaty between the U.S. and Russia.

Billingslea, who took office in April, will visit South Korea on Sept. 27–28. If he visits Japan, it is expected he will meet with senior foreign affairs and defense officials among others. “It is important that [our countries] understand and are in agreement on the military buildup and threat of China,” he said in an interview with the Asahi Shimbun before departing for Asia. He said the U.S. would share intelligence on China’s missile buildup.

Billingslea is in charge of negotiations on the New Strategic Arms Reduction Treaty (New START), the U.S.-Russia nuclear arms reduction treaty set to expire next February. During his trip to Asia, Billingslea reportedly will explain to allies Russia’s buildup of short- and intermediate-range nuclear forces and the status of the New START negotiations. “All countries, including Japan, need to call on Russia to agree (to the framework proposed by the United States) and on China to join the negotiations,” he said.