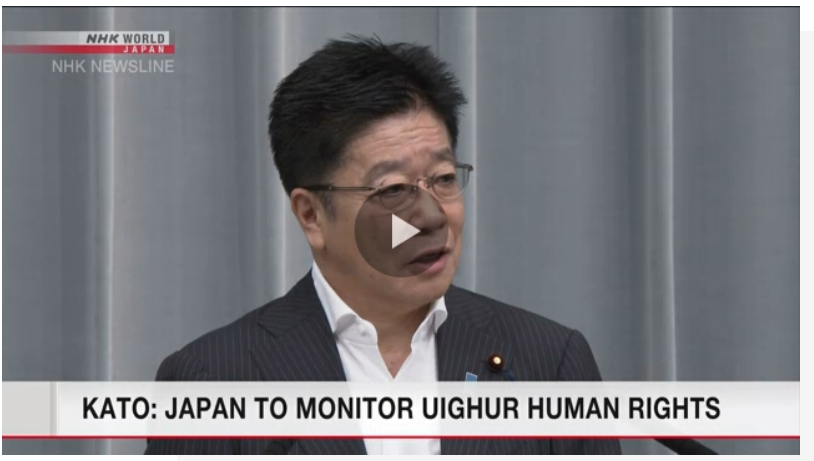 Kato was speaking to reporters on Monday about China’s policy for the Xinjiang Uygur Autonomous Region. Last week, Chinese President Xi Jinping indicated at a meeting to discuss Xinjiang policies that Beijing will continue to exercise ideological and religious control in the region.

China faces accusations from the international community that it is unjustly detaining Uighurs.

Kato said he believes it’s important for universal values such as freedom, human rights and the rule of law to be respected in the international community, including China.

China’s Foreign Minister Wang Yi is expected to visit Japan as early as next month to hold talks with his Japanese counterpart, Motegi Toshimitsu.

Kato said Japan will convey its position on the Xinjiang issue to China through such an opportunity.