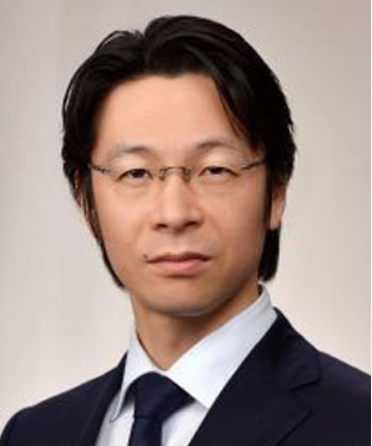 Presenting a post-COVID-19 national strategy–this is the grandiose theme trumpeted by the Liberal Democratic Party’s strategic headquarters on the creation of a new international order. Now members of the headquarters are conducting policy discussions on economic security. The headquarters was established in June under former Policy Research Council Chairperson Fumio Kishida and is effectively led by former Minister in charge of Economic Revitalization Akira Amari. Behind Amari is Toshifumi Kokubun, a lobbyist and professor of the Tama Graduate School of Business, who is fomenting the “U.S.-China divide.” The post-Abe administration pledges to carry on Abe’s economic policy. The proposals soon to be presented by Amari’s strategic headquarters will form the basis of future economic security policy, in other words, hardline measures against China.

The pandemic of COVID-19 has made it important to protect advanced information and technology, and to establish a supply chain of strategic supplies, including medical equipment. The background of this is the competition for economic and technological dominance between the U.S. and China. The “division” is only accelerating as the U.S. presses its allies to exclude products from Huawei, China’s telecom giant, and Hangzhou Hikvision Digital Technology Co., Ltd., a major surveillance camera company. Amari’s strategic headquarters declared, “We will find a way for Japan to survive in the new Cold War,” and Kokubun is the theoretical architect of this effort.

Kokubun gave a presentation at the strategic headquarters on July 30. During the presentation, Kokubun estimated Japan’s total intelligence budget at about 33.1 billion yen, and pointed out that it is “smaller” than the approximately 1.6 trillion yen allocated for the U.S. Central Intelligence Agency and about 400 billion yen for the British Secret Intelligence Service (SIS)/Security Service (SS). The professor warned that if Japan does not introduce a “security clearance” qualification for civilian information handling, as the U.S., UK and European countries do, the country will not be able to participate in international research and digital data exchange between companies. Moreover, with China in mind, he also cited the risk of information theft from regional banks, auditing corporations and universities, and called for cooperation between intelligence agencies and the private sector (regional banks, auditing corporations and universities) as in the case of the U.S.

As if encouraged by Kokubun’s presentation, the government and the ruling parties discussed the introduction of a “secret patent system” that would, in principle, prohibit the disclosure of sensitive and advanced patents in addition to the introduction of a security clearance system. The economic unit of the Cabinet’s National Security Secretariat (NSS), which is in charge of economic security, is planning to submit a bill on the two systems at the next year’s ordinary Diet session. A Diet member who is also a member of the strategic headquarters said, “The NSS nearly unconditionally accepted Kokubun’s proposal.”

What kind of person is Kokubun, the man who influences Amari and others? According to sources, Kokubun went to a university in Kanagawa Prefecture from Aizuwakamatsu in Fukushima Prefecture. He graduated from the Graduate School of Public Management, Waseda University. He then worked for a number of U.S. companies and is now a partner at the consulting division of EY Japan [a consulting firm].

A turning point in Kokubun’s career was when he was appointed director of the “Center for Rule-Making Strategies,” which was established by Tama University in 2016. A senior official from the Center for Strategic and International Studies (CSIS), a leading U.S. think tank, is a key member of the center.  CSIS is said to have ties to U.S. intelligence agencies. “Kokubun is now able to make use of his contacts in the U.S. intelligence community to advise the Japanese government and companies on how the U.S. makes rules,” according to sources.

A person close to Kokubun says, “He’s not much of an English speaker himself, but he has a group of super-talented young people, and ‘Team Kokubun’ is devoted to gathering and analyzing information.”

It should be noted that Amari, Cabinet Secretariat Councillor Toshihiko Fujii, the head of the NSS economic unit (who joined the Ministry of Economy, Trade and Industry in 1987) and others participate in Kokubun’s center as senior fellows and visiting professor. Since a key politician [Amari] and bureaucrat [Fujii], who are involved in the government’s economic security, are members of Kokubun’s center, it is quite natural that they unconditionally accepted his proposal.

Sources in Nagatacho, the political center of Japan, imply that Kokubun, who influences the LDP and the government, is an intelligence agent in a broad sense as he seems to be closely connected with “the U.S. Department of Defense and the National Security Agency. On the other hand, a private company executive dismisses the spy theory, saying, “Kokubun is just a consultant who is boldly developing new business.” The executive views Kokubun’s lobbying approach, which focuses on the U.S. National Defense Authorization Act (NDAA), as “an unprecedented model.” The NDAA is an annual law enacted by the U.S. to set the general framework for the defense budget. The Trump administration included measures to exclude Huawei from government procurement and the Department of Defense-led certification system for precision components to prevent China from stealing technology and data. The theory that China is a threat is shared by Congress on a bipartisan basis. Regardless of whether the Trump administration continues or is replaced by a Democratic administration, hardline measures against China will be upgraded. If Kokubun can explain the NDAA in Japanese every year, there will be no shortage of requests from Japanese companies. If so, “Kokubun has found the chicken that lays the golden egg,” according to the private sector company executive.

Are Nikai and Imai pro-China?

It’s hard to figure out whether Kokubun is an intelligence agent or a competent consultant.

“It could be either of those,” said a source familiar with U.S. intelligence agencies. “Kokubun is definitely a new type of Japan handler.”

However, the dynamics of the U.S. intelligence community are complex and mysterious. An interesting essay appeared in Newsweek Japan’s digital edition the same day Kokubun gave a lecture at Amari’s strategy headquarters on July 30. The essay refers to a “survey of China’s influence in Japan” compiled by CSIS. It disclosed that LDP Secretary General Toshihiro Nikai and former Special Advisor to the Prime Minister Takaya Imai are labeled “pro-China.” Imai is known as as close aide of Abe’s. Sources who are familiar with affairs of the LDP headquarters believe that the essay was a warning from someone close to the U.S. intelligence community to be wary of Nikai and Imai against the background of rumors of Abe’s resignation.

Despite the blatant warning, Nikai has survived as the central figure in creating the Suga administration. Imai is expected to remain influential in the Prime Minister’s Office. Under the new administration, the pro-China group with Nikai and Imai and the pro-U.S. group with Amari and others will compete with each other.

China is strengthening its hegemony in East Asia and the Pacific region by clamping down on Hong Kong under the national security law and launching missiles toward Taiwan. A source connected with the NSS in the Cabinet said that since the spring when the novel coronavirus swept the world, cyberattacks between the U.S. and China have continued intensifying.” Until last year, it was a “cyber conflict,” but now it’s “cyber warfare,” the source noted. Under the circumstances, Kokubun’s assertion that China is a threat to Japan hits the bull’s eye. On the other hand, the source doesn’t hide his concern about whether it is safe to bet everything on the U.S.

China is Japan’s largest trading partner and, from a geographical perspective, Tokyo can’t cut its ties with Beijing. Kokubun’s insistence that regional banks and even an auditing corporation should talk to U.S. intelligence agencies “could lead to a serious outflow of money to U.S. capital markets,” according to a source connected with financial affairs.

Nevertheless, a review of the U.S.-Japan alliance is unlikely in today’s Japan. “We have no choice but to deal with China so as not to run afoul of the U.S.,” said an LDP lawmaker who is well versed in diplomacy. “Amari’s strategic headquarters is required to employ well-devised tried-and-true tactics while only pretending to “follow the U.S.”