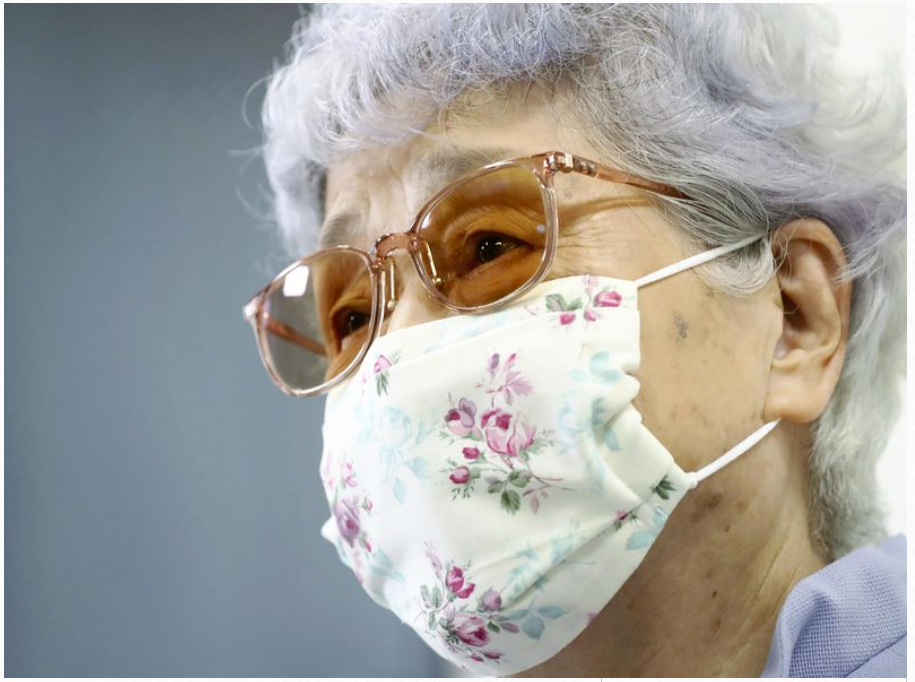 The Yomiuri Shimbun / Sakie Yokota, the mother of Megumi Yokota, speaks to reporters in Kawasaki on Thursday.

The mother of Megumi Yokota, who was abducted by North Korea at the age of 13 in 1977, spoke to the media ahead of her daughter’s 56th birthday on Oct. 5.

It is the first time Sakie Yokota, 84, has marked the day without her husband Shigeru, who died in June.

“It’s been four months since Shigeru’s death. I feel lonely,” she said on Oct. 1.

Sakie and Shigeru used to have a small cake and coffee together every year on Megumi’s birthday.

Before the abduction, Megumi, her two brothers and parents would celebrate together, dining on the boys’ favorite chicken dish.

“She still hasn’t been found. I wonder where she is in North Korea and what she’s doing on her birthday,” Sakie said. “Whenever this day comes [each year], I truly feel sorry for her.”

Despite being in poor health, she said she wants to celebrate her daughter’s birthday with some hope.

She expressed hope that the administration of Prime Minister Yoshihide Suga would help her find her daughter.

A photograph of Megumi stands beside one of Shigeru on a shelf in the family home in Kawasaki.