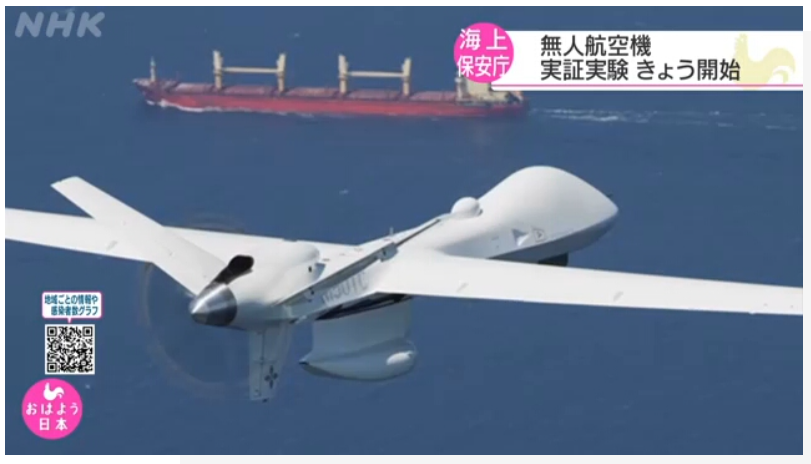 The Japan Coast Guard is beginning test flights of an unmanned aerial vehicle to learn whether it can be utilized to carry out the coast guard’s key duties, including search and rescue and maritime surveillance.

The flights, which will take place starting Thursday, are to be conducted off the coast of Sanriku in northeastern Japan, as well as along the coasts of the Sea of Japan.

The tests will involve the use of the 12-meter-long, 24-meter-wide UAV developed by US defense firm General Atomics Aeronautical Systems.

The SeaGuardian is reportedly capable of flying for more than 24 hours nonstop and can cover the outermost exclusive economic zone of Japan in one flight.

The aircraft will be based at the Maritime Self-Defense Force’s Hachinohe base in Aomori Prefecture, northern Japan, and will either engage in preprogrammed flights or be remotely piloted from a ground control station.

The SeaGuardian is equipped with radars and high-definition cameras.

Real-time sending of data and images to the ground and the safety of the vehicle will be tested.

The coast guard is eager to step up its capabilities by considering the introduction of the UAV. It currently conducts search and rescue as well as maritime surveillance with 33 aircraft and 52 helicopters.

The validation flights are scheduled to take place till November 10 at a cost of over 8.5 million dollars.