ASHIKAGA, JAPAN — The coronavirus pandemic could easily have spelled the end for AeroEdge. For five years, the Japanese manufacturer in rural Tochigi Prefecture has mainly supplied one client, French engine maker Safran, and produced only one product — turbine blades for two aircraft made by Airbus and Boeing.

The disruption and cancelations that hit the airline industry cascaded to small suppliers like AeroEdge, which employs 100 workers and whose orders had already plummeted due to last year’s regulatory grounding of the Boeing 737 Max.

But in March, AeroEdge figured out how to complete the first and most expensive part of its manufacturing process — trimming titanium aluminide ingots — in house and at a lower cost than the American company it formerly outsourced the work to. This breakthrough allowed AeroEdge to qualify for the first round of government subsidies to repatriate manufacturing operations to Japan.

Widely known as the “China exit” subsidy, the 220 billion yen ($2 billion) scheme — officially billed a means to “stabilize and diversify” Japanese production bases — has been panned as a protectionist response to the coronavirus, which momentarily interrupted supply chains in Asia as China, the world’s factory, shut down. But companies wary of rising labor costs in China and geopolitical risks had already begun reorganizing production prior to the pandemic.

Of the 57 companies granted subsidies in the first round, 41 are small or medium enterprises. Larger players such as Iris Ohyama, Ace Japan, and Showa Glove are makers of medical devices, drugs, and personal protective equipment, which were in short supply during the early days of the pandemic. 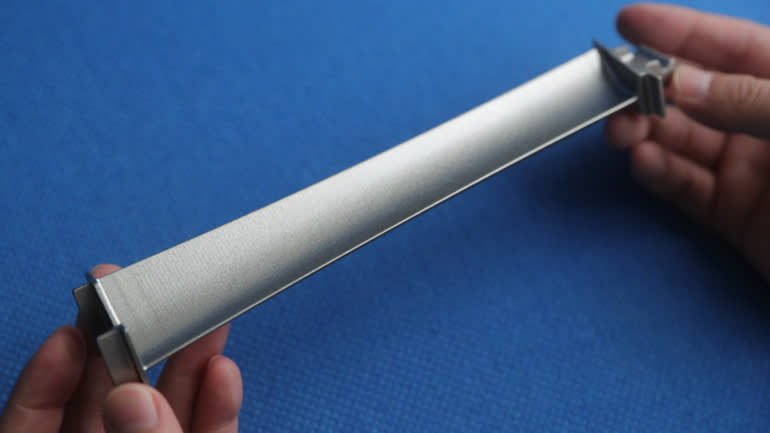 AeroEdge made 60,000 turbine blades for airplane engines last year. Each blade weighs less than half a cup of rice. (Photo by Ken Kobayashi)

The Ministry of Economy, Trade and Industry insists that critical industries were not specifically targeted for repatriation. Applications were evaluated based on the company’s finances, project viability, the percentage of overseas production and the degree of concentration in one country or region, Yoshikage Shiote, director of the division overseeing the subsidy, told Nikkei Asia.

The program has struck a chord with Japanese companies looking to “reshore” some production. Officials at METI are currently sifting through 1,670 applications for the second round of subsidies, indicating a strong desire among companies to reduce dependence not only on China, a major regional rival, but also on trade allies like the U.S.

Before the pandemic, AeroEdge sourced titanium aluminum casts from Europe, then sent them to the U.S. for trimming, after which they were shipped Japan for refining in the Ashikaga factory. The $8 million subsidy will allow AeroEdge to buy trimming equipment from a Japanese supplier so that it can import titanium directly from Europe and process it itself. Doing so would slash logistics costs and customs fees and eliminate millions of dollars in annual payments to the American contractor.

Though the subsidy is widely seen as targeting China, where Japanese factories are highly concentrated, manufacturers need not have operations in China nor plans to exit. 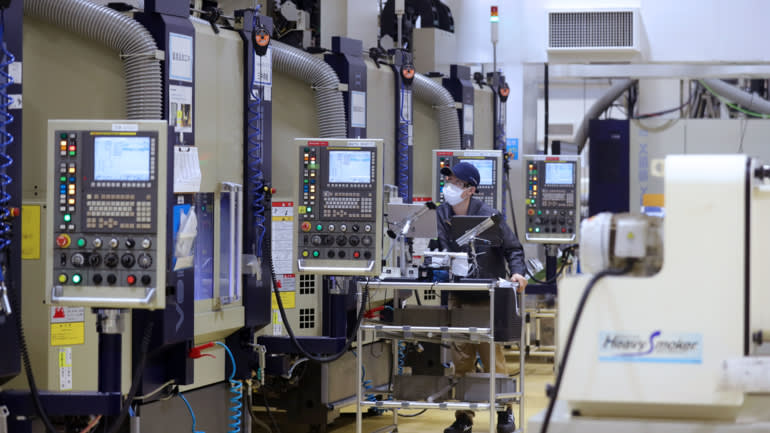 AeroEdge is repatriating the trimming process of its operations, a step previously outsourced to an American company in Seattle. (Photo by Ken Kobayashi)

With Tokyo wary of retaliation from Beijing, “it’s very difficult to fine-tune policies [so that they] don’t look like China exit subsidies,” said Shiro Armstrong, an economist at Australia National University’s Crawford School of Public Policy.

“Subsidies are a fairly blunt instrument now that you’re having other companies use the opportunity to shift their production,” Armstrong added.

And according to METI’s Shiote, none of the first subsidy recipients with physical bases in China has plans to leave the country. Iris Ohyama will use the subsidy to begin producing medical masks domestically, in addition to its factories in the Chinese cities of Suzhou and Dalian, while Showa Glove applied for the subsidy to deconcentrate its production from Malaysia.

“Calling it a ‘China exit’ subsidy is somewhat misleading,” Shiote said. “This subsidy is about enhancing the supply chain and reducing risks. It’s up to the company whether they relocate or not.”

For a niche company like AeroEdge whose final product must adhere to exact specifications, reshoring all parts of production was an immediate decision. A turbine blade weighs less than half a cup of rice, and must pass every stage of production without cracks in the material, lest it fail a stringent inspection.

“We wanted to control the supply chain as much as we can,” said Kazuhiro Mizuta, COO of AeroEdge.

AeroEdge made 60,000 blades last year, all for Safran’s LEAP engine used in the Boeing 737 Max and Airbus A320neo. 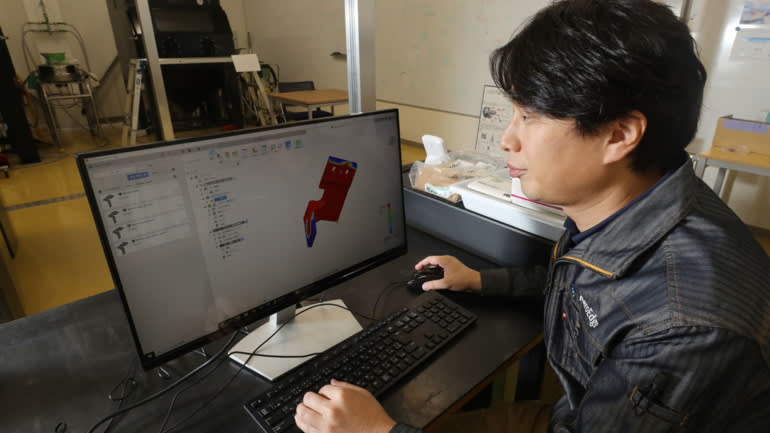 AeroEdge has three years to use its subsidy to source and develop trimming machinery with a Japanese supplier. (Photo by Ken Kobayashi)

“It’s very important for Safran to develop a supply chain in this region because you need to maintain airplane parts regularly,” Mizuta said. “Having a supplier in Japan, close to China, the largest air travel market, is a strategic decision to shorten maintenance and replacement time.”

To eliminate the risk of having a single product for only one customer, AeroEdge is also planning to diversify its engine part offerings and client base. It is also working with the National Institute of Materials Science on casting technology, to avoid sourcing titanium aluminum from Europe.

But if a major aim of the subsidy is to reduce risks, there are questions over how well it will achieve that.

“The onshoring can concentrate some risks,” Armstrong of the Australia National University said. “There’s always going to be risks. If the goal is to make supply chains resilient, the evidence has shown a lot of them have bounced back.”

For now, AeroEdge has three years to source and develop its trimming machinery with a Japanese supplier, as the subsidy is usable until 2023.

Asked if AeroEdge aims to build its own vertical keiretsu, Mizuta smiled. “It’s very easy to say, but it’s a huge undertaking that will take five to 10 years,” he said.