Strength of in-house groups in House of Representatives

At its plenary session on Oct. 26, the Lower House approved the resignation of independent Akihiro Hatsushika (Tokyo proportional representation bloc). In December last year, Hatsushika withdrew from the Constitutional Democratic Party of Japan (CDPJ) after criminal papers were filed with prosecutors against him on suspicion of obscenity. A decision was later made not to indict him, but he submitted a request to resign as a parliamentarian. In accordance with the CDPJ proportional representation roster, newcomer Akihiro Matsuo will move up to take his place.

The strength of the House of Representatives in-house groups is now as follows: 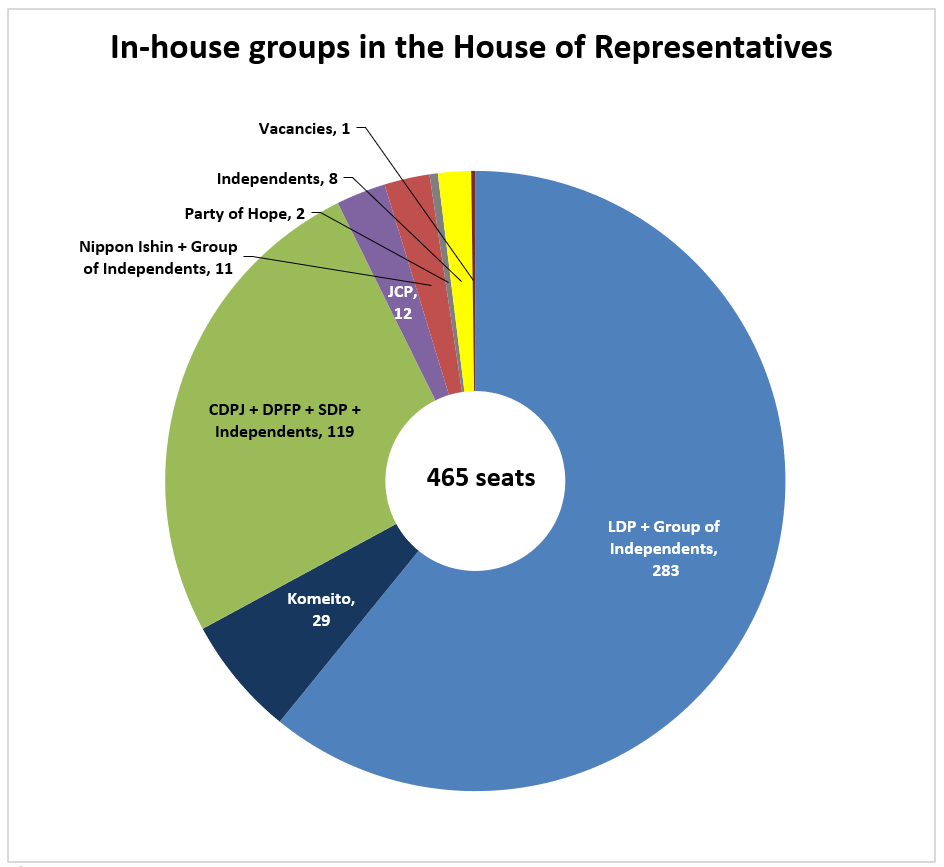