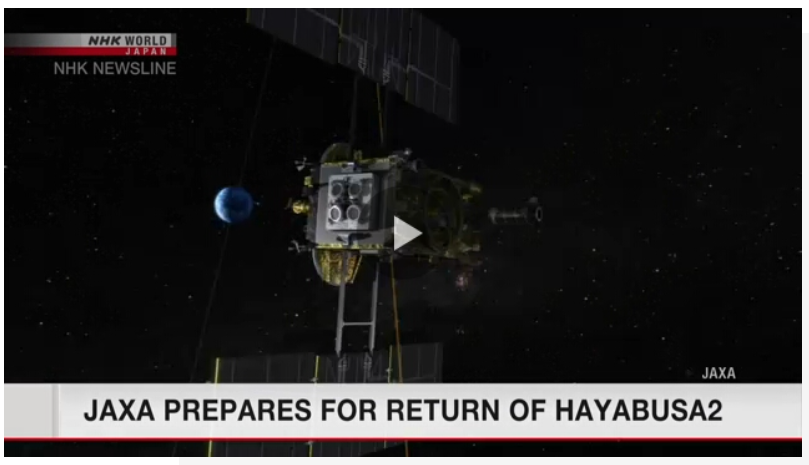 Japan’s space agency says members of a team tasked with retrieving the capsule from the Hayabusa2 probe will be quarantined for more than three weeks before beginning their task.

The Japan Aerospace Exploration Agency, or JAXA, plans to send the 73-member team to Australia, where the capsule is scheduled to land in a desert area in early December.

JAXA told reporters on Thursday that the members will be sent in two groups. They will quarantine themselves for more than a week in Japan and for two weeks in Australia as a coronavirus-related precaution.

The members plan to start full-fledged preparations around November 24 for retrieving the capsule.

Scientists believe that Hayabusa2 has successfully collected samples, such as sand, from the asteroid Ryugu.

They say the probe is flying home on the right track and it successfully adjusted its trajectory with chemical engines on October 22 when it was about 17 million kilometers from Earth. A similar maneuver is planned in mid-November.

On December 6, the probe will discharge the capsule into the Earth’s atmosphere as planned.

JAXA project manager Tsuda Yuichi says he feels a bit tense, but he is looking forward to seeing the team head to Australia soon.