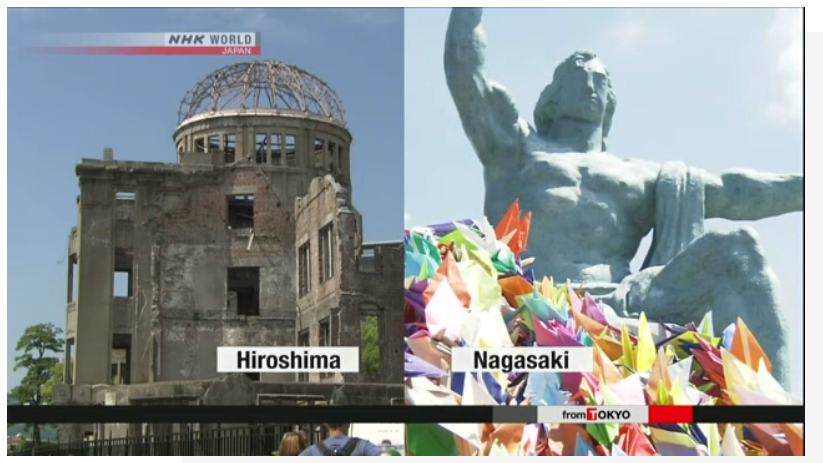 Survivors of the 1945 atomic bombings of Hiroshima and Nagasaki have expressed hopes that US president-elect Joe Biden will promote nuclear disarmament.

Speaking to NHK on Sunday, the acting leader of the Hiroshima branch of the Japan Confederation of A- and H-bomb Sufferers Organizations, Mimaki Toshiyuki, offered congratulations on Biden’s projected win.

Mimaki said former US president Barack Obama visited the city shortly before the end of his term, but Biden will hopefully come early in his term to visit the Peace Memorial Museum and the Atomic Bomb Dome.

He expressed the hope that Biden will take the initiative in persuading nuclear-armed countries to reduce their stockpiles, and lead efforts to abolish nuclear weapons.

Kawano Koichi, leader of another survivors’ group, the Japan Congress against A- and H-Bombs, said the president-elect understands the importance of nuclear disarmament, and will tell the world that peace can be achieved without relying on nuclear weapons.

He said he wants Biden to persuade Russia to come to an agreement with the United States on mutual nuclear reduction.

He urged Japan to engage in full-fledged discussions with Biden on nuclear policy from the standpoint of the only country that has experienced atomic bombings.

Kawano said having Biden as president is a great opportunity to achieve peace. He expressed the hope that the US will build friendly relations with other nations without resorting to military might.