Hayabusa2 adjusts for return of capsule to Earth 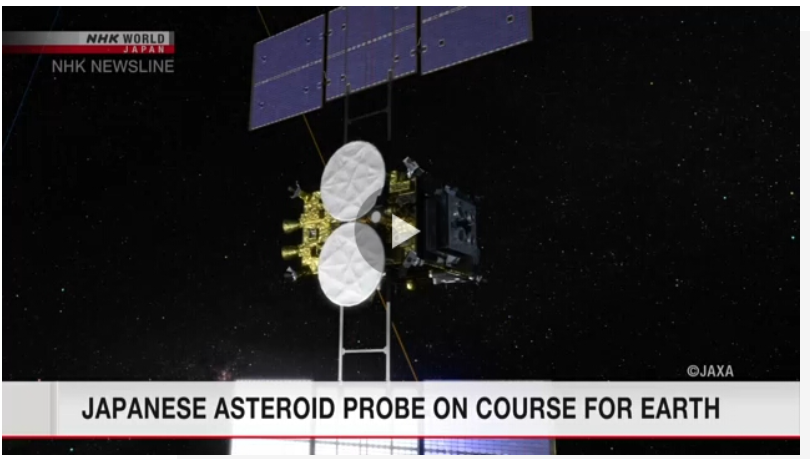 Japan’s asteroid explorer Hayabusa2 has completed its engine thrusts to adjust the orbit for returning its capsule to Earth next month.

The Japan Aerospace Exploration Agency, or JAXA, launched the probe in 2014. It is about 3.5 million kilometers from Earth, traveling at about four kilometers per second.

Hayabusa2 is scheduled to release the capsule on December 5. The capsule is expected to land in an Australian desert on December 6 and be taken to Japan by plane.

The capsule is believed to contain sand samples from the asteroid Ryugu, where the probe touched down twice. Its contents are to be distributed to researchers for analysis to find possible clues about the origins of life.