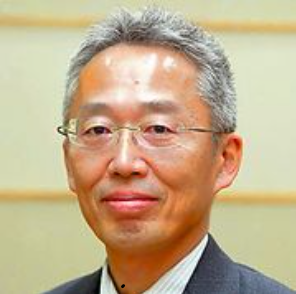 By Yoshihiro Makino, editorial board member

South Korean dignitaries have been visiting Japan one after the other. Behind this is the Moon Jae-in administration’s aim to improve Japan-South Korea relations in order to achieve a breakthrough in their priority issue, inter-Korean relations. The South Korean overtures may lead to the resolution of the court rulings on the requisitioned workers issue, but the two nations are still far from true reconciliation.

Park Jie-won, director of South Korea’s National Intelligence Service (NIS), and Kim Jin-pyo, chairman of the Korea-Japan Parliamentarians’ Union, met with Prime Minister Yoshihide Suga on Nov. 10 and 13, respectively. According to government sources, both ROK officials said they would like to use the Tokyo Olympics as an opportunity to improve relations between Japan, South Korea, and North Korea.

Some say that South Korea will issue an order by the end of the year to liquidate the seized Japanese companies’ assets in South Korea. Japan intends to take retaliation measures if that happens, saying that such an action would violate the framework of the 1965 Agreement between Japan and the Republic of Korea Concerning the Settlement of Problems in Regard to Property and Claims and Economic Cooperation.

Some in the Japanese and Korean governments say that the only solution is a political settlement: In exchange for the South Korean government’s paying the plaintiffs on behalf of the Japanese companies and rendering void the execution of the court rulings, Japan will end the strict export controls on semiconductor materials bound for South Korea, which have been in place since the summer of 2019.

The Moon administration may take such a decision because there is an urgent need to improve Japan-South Korea relations in order to hold an inter-Korean dialogue at the Tokyo Olympic Games. There likely are also political calculations involved: The incoming U.S. administration under Joe Biden strongly desires improvement in Japan-South Korea ties, and Seoul wants to highlight to the President-elect that it is taking a cooperative stance on the issue.

Kim Jin-pyo hinted to the South Korean media that the Japanese side may invite Workers’ Party of Korea Chairman Kim Jong Un to the Tokyo Olympics. Sources familiar with the Japan-South Korea relationship said, “They are aiming to reproduce PyeongChang at the Tokyo Olympics.” The Moon administration succeeded in holding an inter-Korean summit on the occasion of the February 2018 PyeongChang Winter Olympics. Holding another inter-Korean summit during Mr. Moon’s term, which ends in May 2022, has become a top priority for the South Korean government.

On the other hand, the Japanese side is also required to make efforts to create an environment where the Moon administration can make a political decision. The South Korean side highly praised Prime Minister Suga and Liberal Democratic Party Secretary-General Toshihiro Nikai for meeting with the South Korean dignitaries recently. Furthermore, if Prime Minister Suga builds trust with President Moon by holding teleconferences, it could help guide the Moon administration’s actions.

It is unclear, however, whether North Korean dignitaries will come to Japan for the Tokyo Olympics amid the harsh public opinion in Japan toward North Korea. It is unclear even whether the Olympics themselves will go forward. Even if the Olympic diplomacy is successful, the improvement in Japan-South Korea ties will not last long if South Korea neglects to reconsider the value of the relationship and examine the remaining bilateral issues. The goals of “improving inter-Korean relations” and “showing consideration for the United States” will not be enough.

Seoul and Busan will hold mayoral elections next spring, and Japan will see a Tokyo Metropolitan Assembly election and a Lower House general election next year. Politicians will be making more statements that cater to their supporters. There will not be much time available to focus on rebuilding the Japan-South Korea bilateral relationship.