Japan to work with both U.S., Britain in developing next fighter jet 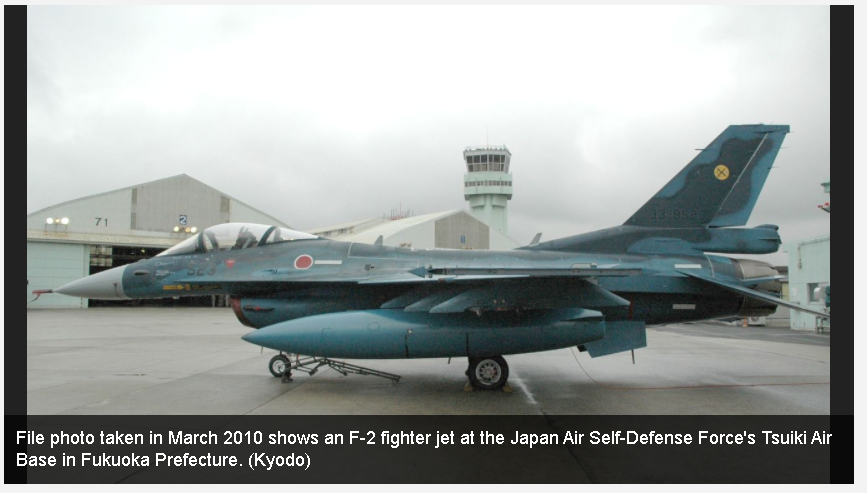 TOKYO — Japan has decided to develop a successor to its aging F-2 fighter jet jointly with both the United States and Britain instead of picking only one partner, government sources said Wednesday.

Under the plan, Japan will work with either of the two partners depending on the parts for the Air Self-Defense Force’s mainstay fighter aircraft, according to the sources.

By partnering with the two countries, the Japanese government hopes to keep one country from exercising excessive influence on the development program while ensuring interoperability, reliability and cost efficiency, the sources said.

Japan aims to start developing a prototype of the new fighter jet in fiscal 2024 for deployment in fiscal 2035 when the current F-2s’ retirement will begin.

Senior Defense Ministry officials told the ruling coalition led by the Liberal Democratic Party in June that the ministry would pick a partner country by the end of the year, according to the sources.

The ministry had recently suggested the possibility of three-way cooperation, the sources added.

The government initially leaned toward having the United States as its development partner to ensure interoperability as development of the ASDF’s existing aircraft was led by Washington.

The F-2 is derived from the U.S. F-16 fighter jet and built by U.S. defense giant Lockheed Martin Corp. and Japanese engineering firm Mitsubishi Heavy Industries Ltd. for the ASDF.