MOD to double subsidy given to Osprey-hosting Kisarazu City 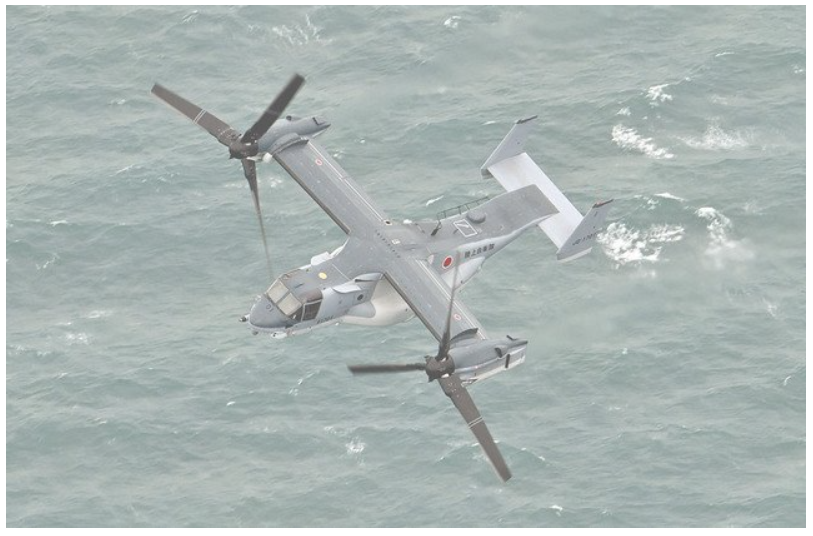 An Osprey tilt-rotor aircraft that took off from the Ground Self-Defense Force’s Camp Kisarazu conducts the first drill outside the camp over Tokyo Bay on Nov. 20. (Photo taken from the Tokyo Shimbun helicopter “Ozuru”)

By Yuichiro Yamada and Rieko Ota

The Kisarazu Municipal Government in Chiba Prefecture said on Dec. 2 that the subsidy it receives from the Ministry of Defense (MOD) will be increased by 100 million yen this fiscal year. This means the subsidy will be double the amount Kisarazu received in the previous year. In July this year, the ministry tentatively deployed the Ground Self-Defense Force’s V-22 Osprey vertical lift aircraft to the GSDF’s Camp Kisarazu. The MOD offers subsidies to municipalities hosting defense-related facilities. The increase in the subsidy is believed to be compensation for the [Osprey] deployment. But an expert worries: “The increased subsidy will increase the city’s reliance [on the GSDF base].” (Abridged)