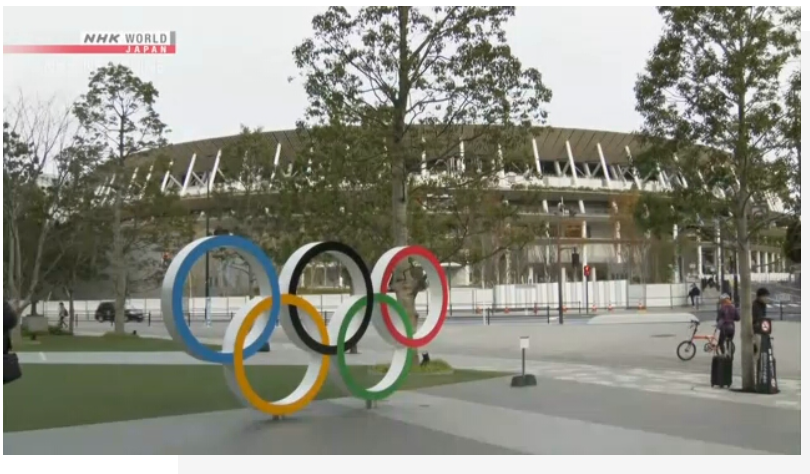 NHK has learned that costs of anti-coronavirus measures for the Tokyo Olympics and Paralympics are likely to be almost equally shared by the Japanese government and the Tokyo Metropolitan government.

The anti-infection measures for the Games are expected to be about 100 billion yen, or around 960 million dollars.

Sources told NHK that adjustments are underway based on a plan in which the central and Tokyo governments will each bear half of the cost in principle.

But officials are reportedly considering getting the central government to share the burden of anti-infection measures for athletes from overseas, as well as the costs for setting up a coronavirus prevention center under the oversight of the Games organizing committee.

That would make the anti-virus costs to be borne by the central government slightly larger than those to be assumed by the Tokyo government.

Debates for reducing the costs are also underway.

Meanwhile, the extra costs related to the Games’ postponement are estimated at about 1.9 billion dollars.

Sources say most of the costs are expected to be shared by the organizing committee and the Tokyo government.

They say the two parties and the central government are making adjustments to have debates in the near future on how to share the burden.