The government is making arrangements to forgo its plan to reach a one-year tentative agreement with the U.S. by year-end regarding Japan’s share of the cost of hosting U.S. forces in Japan (consideration budget) for fiscal 2021 onward. After gaining permission from the U.S., it will renegotiate with Washington from Jan. 20, when President-elect Joe Biden assumes office. Tokyo is believed to have judged that it is better to identify the security strategy of the incoming administration prior to the resignation of President Donald Trump, who pushed for Japan to shoulder a huge burden. The Kanagawa Shimbun learned this news from multiple government sources on Dec. 5.

It is customary for the two countries to reach an agreement on host nation support (HNS) by December, in time for Japan’s budget compilation process, and it is extremely unusual for the agreement to be postponed. The [Japanese] government has earmarked 202.9 billion yen in the defense budget request for fiscal 2021, almost the same level as in the previous fiscal year. The two nations currently do not have a Special Measures Agreement (SMA) from fiscal 2021, which is the basis for the HNS figure.  But the government intends to explain that it will make efforts to reach an agreement early, at an ordinary Diet session next year to gain understanding [for the budget].

The government has not disclosed the amount requested by the U.S. But a Japanese government source says the U.S. suggested an amount far larger than that usually requests. Meanwhile, Japan is calling on the U.S. to maintain the HNS at the current level. The countries do not see eye to eye on the matter. [Japan] has judged that even if it were to reach a one-year tentative agreement with the U.S. within 2020, the U.S.’s policy could change following the resignation of President Trump.

A source at the Prime Minister’s Office [Kantei] told the Kanagawa Shimbun, “It is meaningless for the government to reach an agreement with the current administration because the agreement could be overturned after Biden takes office on Jan. 20.”

The consideration budget is usually set every five years. The budget covers the utility costs of bases, the labor cost of base employees, the cost of relocating training sites, among others. In fiscal 2020, Japan spent a total of 199.3 billion yen for the consideration budget. The SMA stipulating Tokyo’s share of the burden will expire at the end of fiscal 2020, requiring the two countries to reach a new agreement. Japan and the U.S. held online working-level preparatory meetings on Oct .15 and 16 and official negotiations in Washington on Nov. 9 and 10.

The government’s decision to begin arrangements to forgo its plan to seal a tentative HNS deal was driven by its intention to avoid irritating President Trump and fueling conflict with the U.S. as President Trump is the one who called on Japan to shoulder a huge burden. A source at the Ministry of Foreign Affairs (MOFA) says Japan could not dispel its fears that, even though the U.S. is in the midst of the change in regime, President Trump “could turn his wrath on Japan” if it becomes clear that Japan is negative about his suggestion.

President Trump’s former National Security Adviser John Bolton reportedly suggested that Japan quadruple the current amount to 8 billion dollars (roughly 830 billion yen) when he visited Japan in July 2019. Japan has already told the U.S. that it cannot accept a much greater burden. Even if Japan were to sign a deal to pay roughly 200 billion yen a year, President Trump is not likely to accept it. 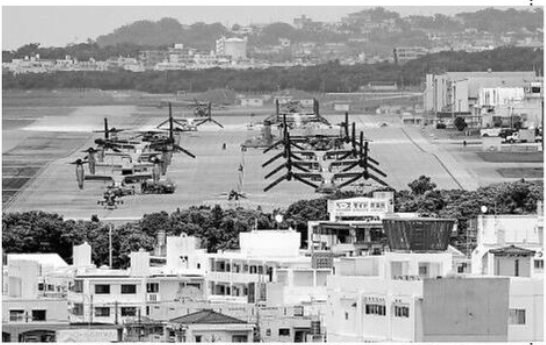