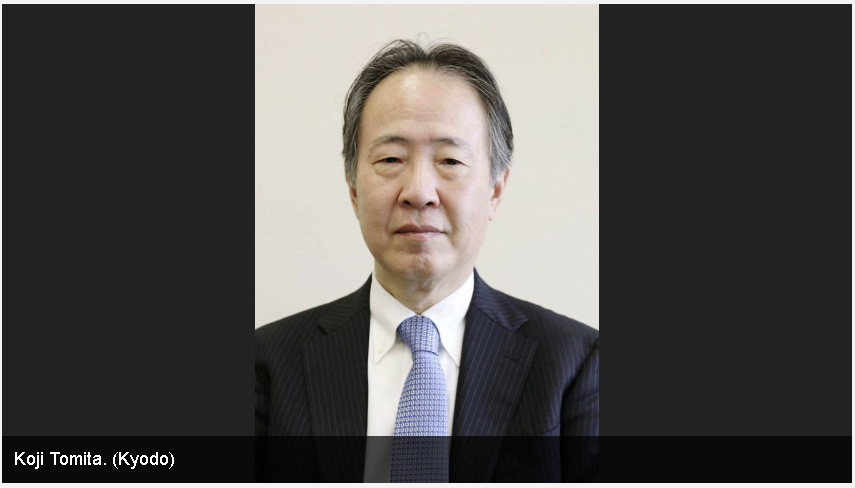 TOKYO — The Japanese government plans to name its ambassador to South Korea, Koji Tomita, as new U.S. envoy, for his ties with those close to Democratic President-elect Joe Biden, government sources said Monday.

Tomita has served as minister at the Japanese Embassy in Washington and headed the Foreign Ministry’s North American Affairs Bureau during the administration of then U.S. President Barack Obama in which Biden served as vice president.

Ambassador to Israel Koichi Aiboshi is expected to take over from Tomita as the new ambassador to South Korea, according to government sources.

Tomita will replace Shinsuke Sugiyama, a former vice foreign minister who has been in the post since January 2018 to strengthen Tokyo’s ties with the administration of President Donald Trump.

Biden has picked longtime adviser Antony Blinken as secretary of state and Jake Sullivan, a former director of policy planning at the State Department, as national security adviser in the incoming administration. Both Blinken and Sullivan played a part in the Obama-Biden administration’s foreign policy.

Tomita just became the ambassador to South Korea in October last year. He had faced challenges to mend bilateral ties that have sunk to a historic low over wartime labor and trade issues.

Tomita, a graduate of the University of Tokyo, is the son-in-law of the renowned novelist Yukio Mishima, who died in 1970.

Aiboshi’s previous assignments include director general of the Foreign Ministry’s Consular Affairs Bureau and ambassador to the Association of Southeast Asian Nations.