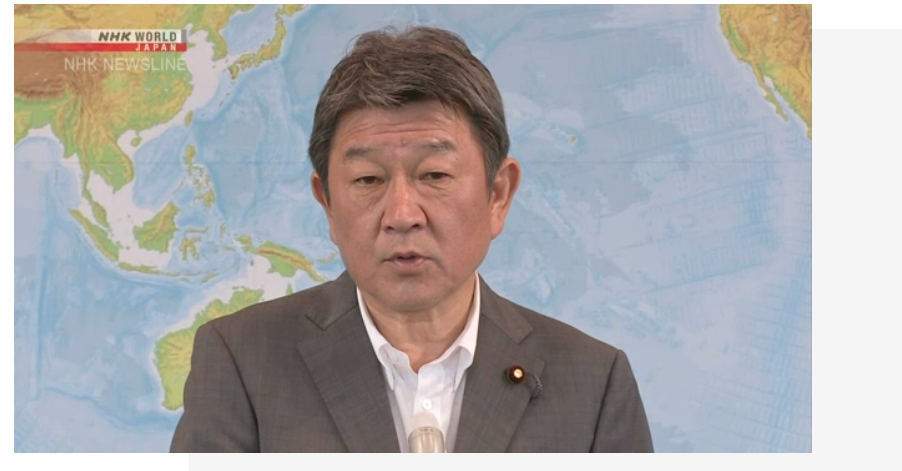 Japan and Uzbekistan have agreed to work closely together to promote the open and stable development of Central Asia.

Motegi said Japan aims to expand and deepen the strategic partnership between the two countries in various areas, while responding to difficult circumstances around COVID-19.

Motegi noted the importance of a free and open international order, and said Japan will contribute to Central Asia’s “open, stable, and self-sustained” development.