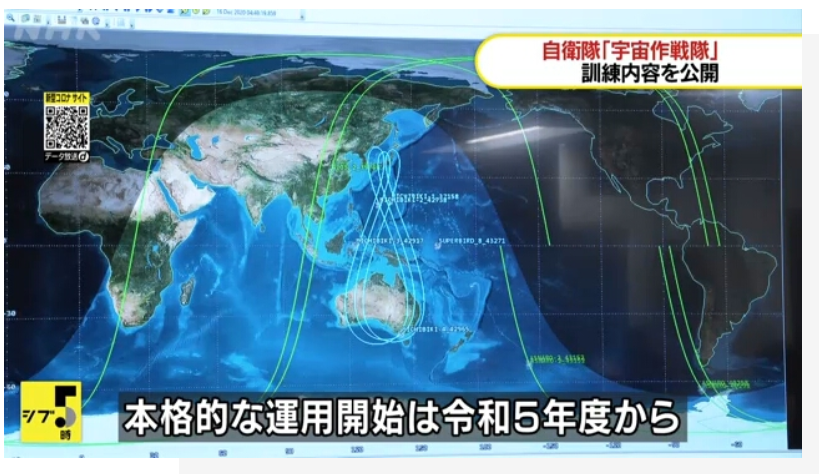 A Japanese defense unit specializing in outer space disclosed on Wednesday contents of its training. The unit will become fully operational in fiscal 2023.

The Space Operations Squadron was launched in May to protect Japanese satellites from foreign attack and space debris. The Self-Defense Forces rely on satellites for reconnaissance and communication.

It was revealed that unit members are currently training with a simulator. They are learning how to analyze trajectories of foreign satellites based on publicized data, and to predict their movement.

The Defense Ministry plans to set up a new radar system in Yamaguchi Prefecture, western Japan, to support the unit’s operations.

It also plans to work with Japan’s space agency JAXA and US forces to create a space surveillance system.

The head of the space unit, Ajiki Toshihide, notes that some countries are developing weapons to attack satellites, putting stable use of outer space at higher risk. He says his unit will be fully prepared to go into full-scale operation.