DM Kishi: Gov’t has confirmed with U.S. that Henoko is the only solution 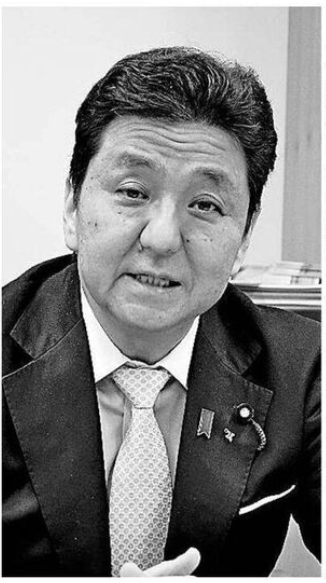 Ryukyu Shimpo: This year will mark the 25th anniversary since the Special Action Committee on Okinawa (SACO) agreement was reached.

Minister of Defense Nobuo Kishi: Okinawa is still bearing the heavy burden of hosting U.S. bases more than 70 years after the end of World War II. This is absolutely unacceptable. Given the need to maintain the deterrence capability of the Japan-U.S. alliance and remove the danger posed by the Futenma airfield, relocating the airfield to Henoko is the only solution. We will make efforts to gain understanding and cooperation from local communities.

Ryukyu Shimpo: The Center for Strategic and International Studies (CSIS) said in its report that the new Henoko base is “unlikely to be completed.” Some members of the Liberal Democratic Party (LDP) are also calling for a review of the Henoko project.

Kishi: I am aware of the comments made by the CSIS and LDP lawmakers. But I would like to refrain from commenting on them. We have repeatedly confirmed with the U.S. government that the Henoko relocation project is the only solution.

Kishi: The Ministry of Defense (MOD) has also confirmed that transient aircraft have been flying into the facility. We will ask the U.S. military to abide by noise restriction measures and give consideration to important events of local communities. We will steadily relocate Osprey training sites in order to reduce the burden on local residents as much as possible.

Ryukyu Shimpo: The prefectural government says the Naha Port Facility (Naha Military Port) has been idled and there are calls for it to be returned at an early date.

Ryukyu Shimpo: There are calls for the Maritime Self-Defense Force (MSDF) to be deployed to the Yaeyama region.

Kishi: We are going ahead with a plan to deploy Ground Self-Defense Force (GSDF) units to Ishigaki Island to fill the void in the Nansei region. We are working on the plan in order to deploy them during the period of the current mid-term defense program (through fiscal 2023). Currently, there is no concrete plan to build MSDF and Air Self-Defense Force (ASDF) bases on Miyako and Ishigaki islands. The security environment surrounding the Nansei region is growing severe. We will consider [how to respond to the situation] in line with the overarching goal of protecting the nation and the peaceful livelihoods of the people.