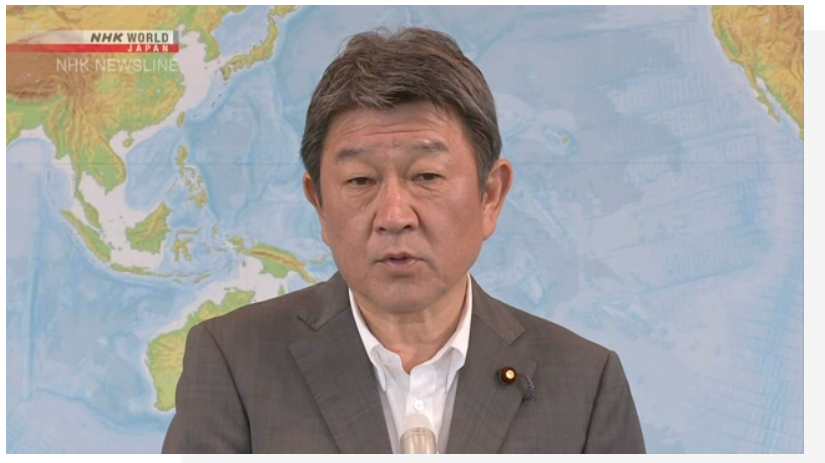 Japanese Foreign Minister Motegi Toshimitsu is set to visit Latin American and African countries to promote a “free and open Indo-Pacific,” which is pursued by Japan.

From January 4 to 14, Motegi will visit eight countries. In Latin America they are Mexico, Uruguay, Argentina, Paraguay, and Brazil. In Africa, they are Senegal, Nigeria, and Kenya.

The foreign minister plans to discuss with his counterparts in the Latin American countries how to respond to the coronavirus. Motegi also plans to promote closer economic ties and talk about how to improve the environment for Japanese companies to do business there.

He also hopes to discuss strengthening cooperation with each country through local communities of Japanese descendants that have large populations.

In Africa, the foreign minister plans to discuss cooperation with next year’s session of a Japan-led conference on development known as TICAD, which will convene in Tunisia. Motegi and his counterparts from the African countries will also discuss strengthening business ties.

Motegi hopes to boost cooperation to maintain and expand the rules-based international order. He is keeping an eye on China, which is increasing its presence in the regions that are thought to have high economic potential.