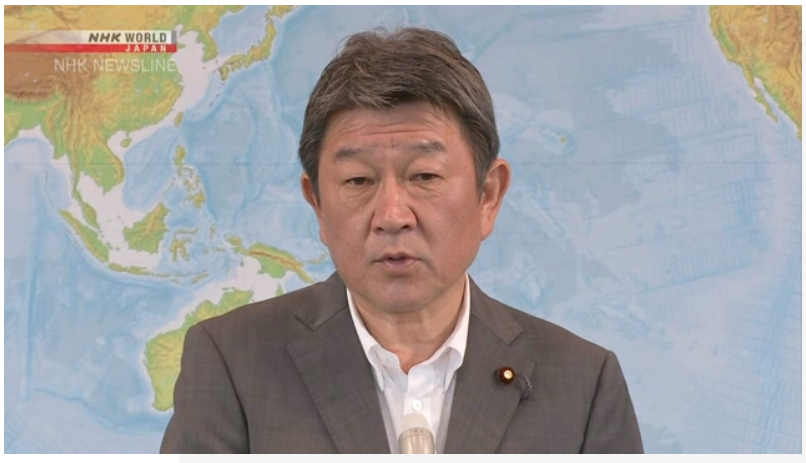 They held talks on Thursday in Argentina. It is the third of the five countries on Motegi’s itinerary of his trip to Latin America.

Motegi said the bilateral economic relations are expanding, noting that the number of Japanese-affiliated companies has doubled in the past four years.

Sola said Japanese companies are playing an important role in the economy of his country.

The ministers agreed to bolster the legal framework for an improved business environment, such as signing a tax treaty to avoid double taxation.

Motegi also met with the country’s President Alberto Fernandez earlier in the day.

They agreed to cooperate to achieve a rules-based free and open international order, while keeping an eye on China, which is increasing its presence in Latin America.