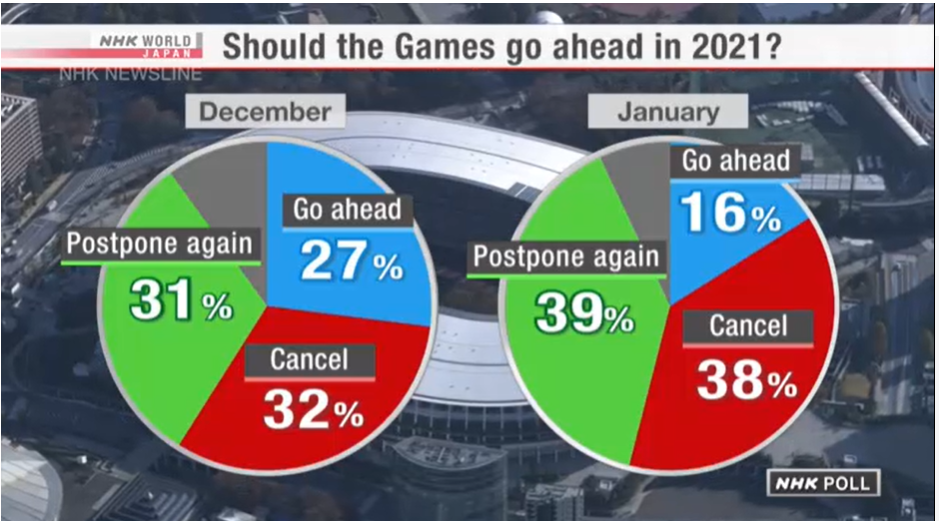 An opinion poll conducted by NHK earlier this month shows only 16 percent favor holding the postponed Tokyo Olympics and Paralympics as scheduled. This contrasts sharply with the close to 80 percent who say the Games should be canceled or postponed again.

NHK carried out the survey over the weekend by telephoning people aged 18 and older chosen at random. A total of 1,278 people, or 59 percent of those contacted, provided responses.

Combined, that means that 77 percent said the Games should be canceled or further postponed.

[Polling methodology: NHK conducted a nationwide survey over the three-day period of Jan. 9–11, 2021, on a computer-aided random digit dialing (RDD) basis and targeted men and women aged 18 or over with calls placed to landline and mobile phone numbers. Valid responses were received from 1,278 of the 2,168 people polled. The valid response rate was 59%.]