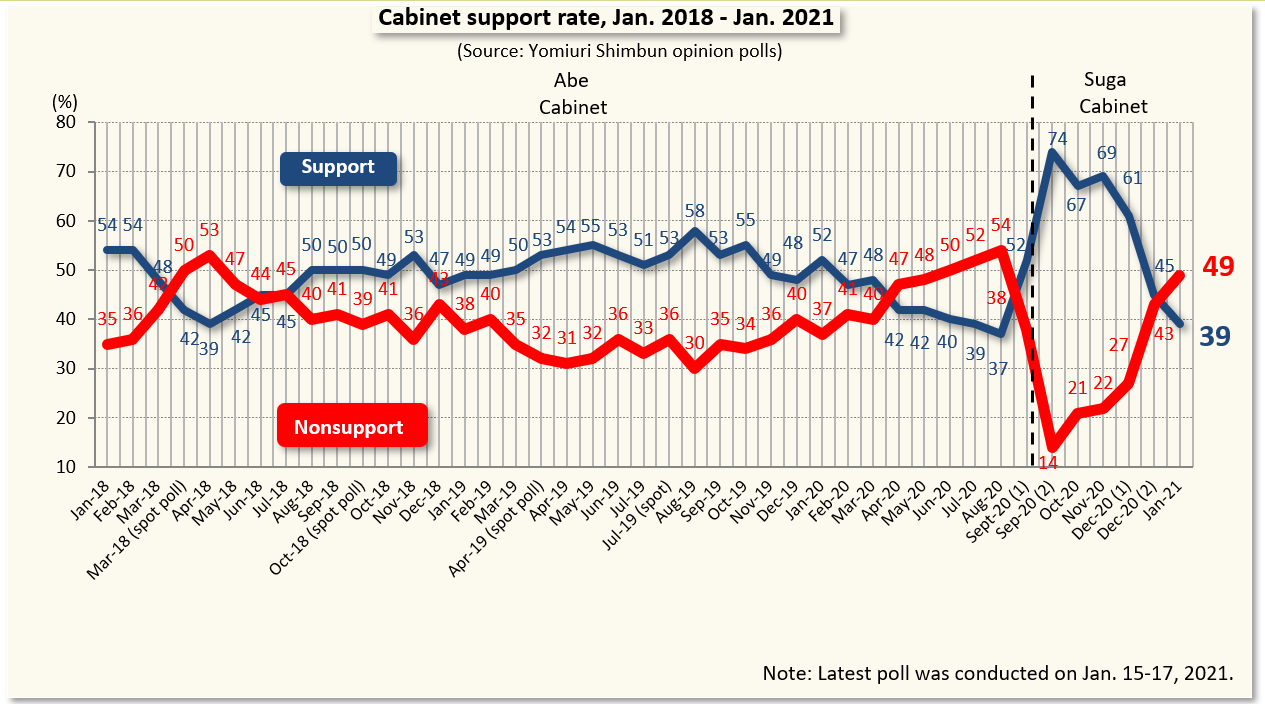 The approval rating for the Cabinet of Prime Minister Yoshihide Suga dropped six percentage points to 39% in January from the previous poll taken in December, a nationwide survey conducted by The Yomiuri Shimbun from Friday through Sunday showed, notching the lowest point since the Cabinet was formed last September.

This was the third consecutive decrease in the approval rate, indicating strong dissatisfaction with the government’s measures against the coronavirus.

When asked about the areas to be covered by the state of emergency declared by the government for 11 prefectures, including Tokyo and Osaka, in response to the spread of infections, 19% of respondents said the current areas should be covered.

A total of 78% of respondents called for areas to be expanded, including 42% who said the state of emergency should encompass the entire country and 36% who said it should cover other areas where the virus is spreading.

Meanwhile, 66% of respondents “do not rate highly” the government’s response to the coronavirus to date. The figure stood at 62% in the previous poll.

Fully 85% of respondents “do not think” the government and prefectures are sufficiently coordinating their response to the virus.

With infections spreading, respondents were divided over receiving medical care, as 43% said they felt uncomfortable getting treatment at hospitals, while 55% said they did not.

Compared to last year’s declaration of a state of emergency, 88% of respondents believed the efforts of the entire nation to prevent infection are lax, reflecting the fact that daytime crowds have not decreased significantly since the current declaration was made.