TOKYO — Right around the time a South Korean court this month ordered Japan to compensate wartime “comfort women,” adding to the strain on bilateral relations, Tokyo approved the appointment of a new ambassador to Seoul.

Koichi Aiboshi will return to South Korea for a third diplomatic assignment — a fact that was not lost on Prime Minister Yoshihide Suga’s government in weighing the decision.

It was his second stint in Seoul that likely caught Suga’s eye. Aiboshi was political affairs minister at the Japanese Embassy in Seoul from 2006 when Roh Moo-hyun was president. Incumbent President Moon Jae-in served as Roh’s chief of staff. Tokyo is counting on Aiboshi’s connections with South Korea’s progressives to establish a quick rapport with the Moon government.

Aiboshi returns to Seoul at a difficult time. When Suga’s cabinet approved his appointment on Jan. 8, the Seoul Central District Court issued a verdict requiring the Japanese government to pay 100 million won ($91,000) each to Korean women who served as comfort women during World War II.

The verdict, the first of its kind, puts further stress on bilateral ties that have frayed in recent years over grievances stemming from Japan’s former rule over the Korean Peninsula. 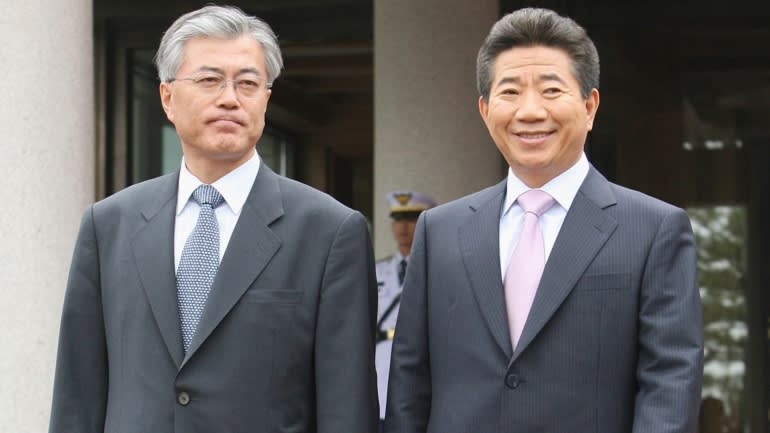 The frosty air between the two capitals will test the new ambassador’s diplomatic skills, including his flair for Korean. The 61-year-old Aiboshi, whose first overseas study assignment after joining the Ministry of Foreign Affairs in 1983 was France, taught himself the language.

In a 2008 article posted on the website of the Japanese Embassy in South Korea, he described his attempts to decipher Korean song lyrics using a dictionary. “It’s fair to say that if it weren’t for noraebang [Korean for karaoke], I would have given up on my studies,” he wrote.

The article provoked a reaction on the South Korean internet. While some commenters welcomed his enthusiasm, others said an interest for K-pop alone won’t guarantee an easy job as a diplomat.

Before that, Aiboshi served as a secretary at the embassy from 1999.

Aiboshi replaces Koji Tomita, who has been picked as Japan’s next ambassador to the U.S. Tomita himself was picked for his connections — his ties to Obama-era officials — as U.S. President-elect Joe Biden is set to take office.

Aiboshi’s most recent assignment is ambassador to Israel, a post he took up in 2018. He is a familiar face in Southeast Asia, having served as ambassador at Japan’s mission to the Association of Southeast Asian Nations and as a minister at the embassy in Vietnam.

Some voices in Japan’s ruling Liberal Democratic Party have said Aiboshi’s arrival in Seoul should be put on hold in response to the comfort women verdict.

“This situation is a grave infringement on Japanese sovereignty,” Masahisa Sato, director of the LDP’s Foreign Affairs Division, told reporters, referring to the ruling. “The government must take visible action.”