Consultations offered to Vietnamese amid pandemic 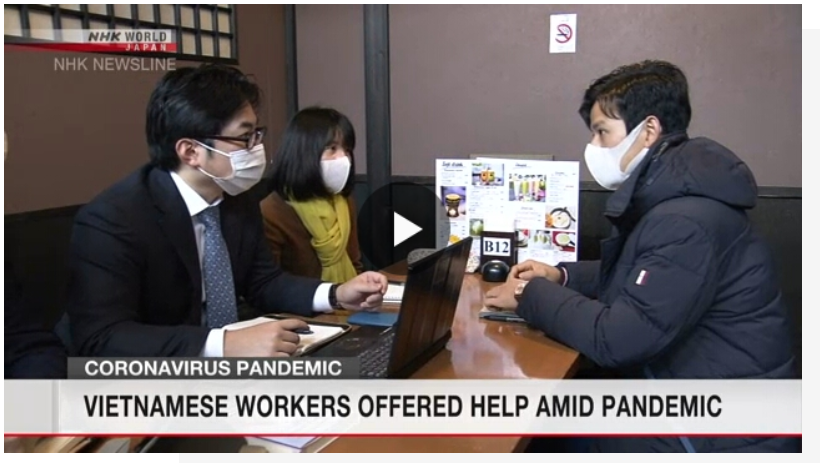 Vietnamese students and technical trainees, who are facing difficulties due to the coronavirus pandemic, have been given a chance to seek advice at a free consultation event in Ibaraki Prefecture, near Tokyo.

The event on Sunday was organized by citizens’ groups in the prefecture, where many Vietnamese people live. Many of those people lost their jobs, due to the pandemic’s economic impact. Some are unable to return to their country, even if they want to do so.

About 10 people visited the venue in the prefectural capital city of Mito. They talked to lawyers and others well-versed in their problems.

One trainee, whose internship period will soon end, but who is unable to return to Vietnam, asked about ways to change jobs. Another complained of being forced to do a job different from the one the individual was contracted to do.

Consultants gave them advice and explained ways in which their visa status could be changed.

Some sought advice via video phone. A woman said she had worked as a trainee, but was fired due to the pandemic. Organizers told her they could help her find a new job.

The Ibaraki branch of the Japan Vietnam Friendship Association is one of the event’s organizers.

Its head, Yamaguchi Yachie, says some people may be suffering from misunderstandings because of the language barrier. She says the organizers hope to help fill the communication gap as much as possible.