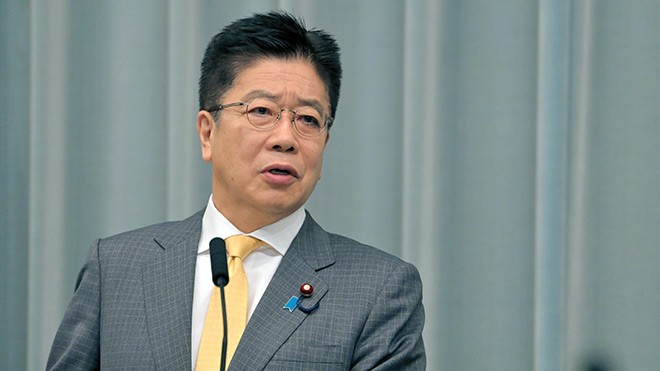 Japan is calling for a peaceful resolution to the dispute in Myanmar between civilian leaders and the military, acknowledging that the country’s leader, Aung San Suu Kyi, and other top officials have been detained.

“The Japanese Embassy in Yangon reported to us this morning that the military has apparently detained Aung San Suu Kyi and senior officials of the administration,” Chief Cabinet Secretary Katsunobu Kato said at a regular news conference on Feb. 1. “We are in the middle of confirming details of what has happened.”

Kato noted that tensions were rising between the civilian government and the military, which disputes the outcome of the country’s November election.

“We believe that it is important for the people concerned to peacefully resolve the dispute through dialogue while following the democratic process,” he said.

Kato said the Japanese government will do its best to protect Japanese nationals in Myanmar.

Aung San Suu Kyi’s party, the National League for Democracy, won a landslide in the November election, a larger victory than what the party had achieved in 2015.

But the military disputes the outcome, citing “election fraud,” and has initiated an apparent coup.