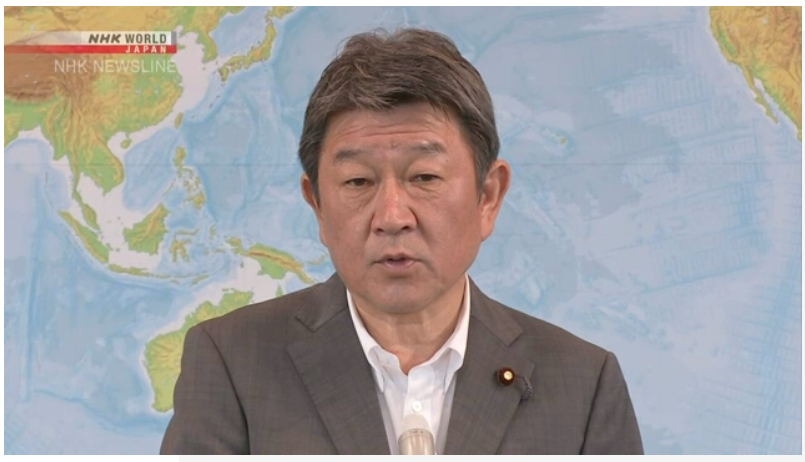 Japan has asked the European Union for cooperation in its efforts to secure a stable supply of coronavirus vaccines from the bloc.

Ministers from Japan and the EU held a video conference on Monday. The meeting is held regularly to discuss trade issues, based on the Economic Partnership Agreement which came into effect in 2019.

Manufacturers shipping to non-EU markets now have to declare where vaccines will be exported and obtain authorization in advance.

During the meeting, Japanese Foreign Minister Motegi Toshimitsu said that he does not want the measure to impact planned vaccine supplies from EU countries to Japan.

He said that due to their friendly ties, the EU will do all it can to ensure vaccines will be delivered to Japan smoothly, as promised under contract with manufacturers.