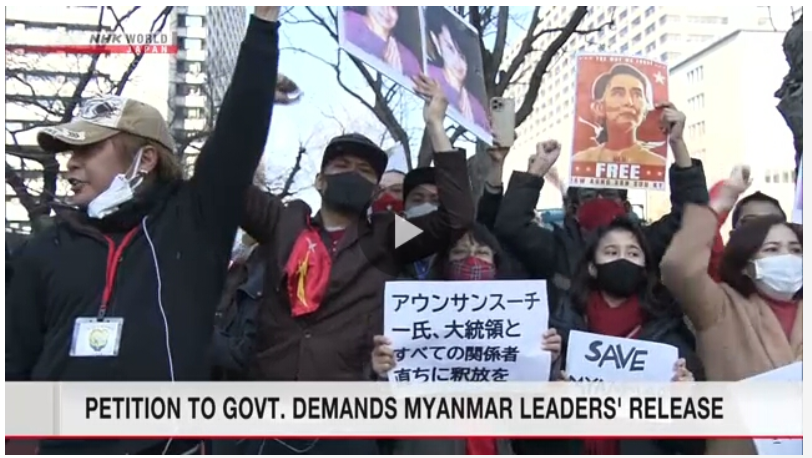 A group of expats from Myanmar has petitioned Japan’s government to demand an immediate release of Aung San Suu Kyi and other detained leaders.

The group visited the foreign ministry in Tokyo to submit its petition on Wednesday.

The group called on the government to use political, economic and all other means to pressure the military.

Many of the members’ compatriots gathered outside the ministry, chanting slogans such as “Free Aung San Suu Kyi.”

A representative of the expat group said it is very sad to see the military return to power, reversing years of democratic progress.