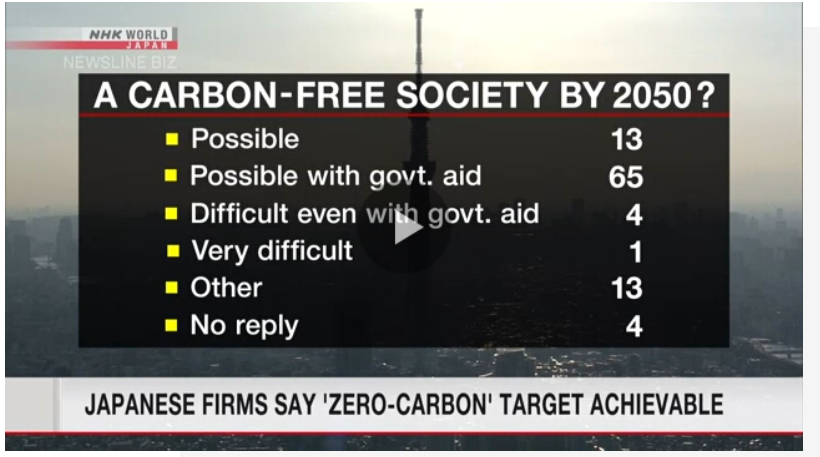 An NHK survey shows that many businesses in Japan are confident the nation can meet the government’s target of achieving a carbon-free society by 2050.

Thirteen firms said they believe it’s possible to achieve the target without any conditions. Another 65 said it can be done with government aid and technical support.

Four companies said net-zero emissions would be difficult even with government support and technological innovation. One business said it would be extremely hard.

NHK also asked the companies what they think is necessary to create a carbon-free society.

Seventy-three said “a fundamental review of the country’s energy mix,” while 45 replied “expanded use of hydrogen.” Forty-four suggested “more investment in businesses that are proactively tackling climate change.”

Those companies calling for an energy-mix review were also asked what power sources they want to see expanded.

He says many international companies are busy reducing their carbon footprints in a bid to win more investors and boost their brand value. Inoue says Japanese firms need to take similar steps so they won’t be left behind.