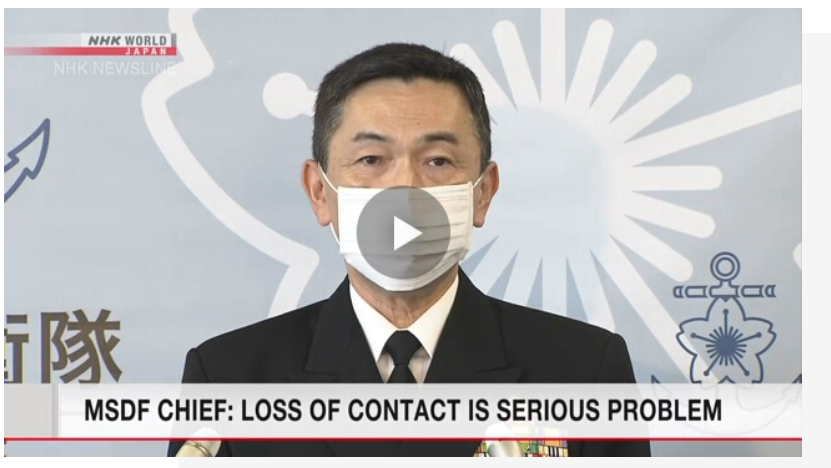 The head of Japan’s Maritime Self-Defense Force has expressed concern that one of its submarines was unable to report a collision with a commercial vessel for nearly three and a half hours after the accident.

The submarine Souryu and the cargo ship collided off Kochi Prefecture in western Japan on Monday. The submarine’s communications equipment was damaged, causing the delay in reporting the incident. The vessel had to navigate to where it could use mobile phones.

At a news conference on Tuesday, MSDF Chief of Staff Yamamura Hiroshi apologized to the Japanese people for causing concern. He also apologized for the trouble suffered by those involved with operating the cargo ship.

Admiral Yamamura said the MSDF had not anticipated losing all communication ability at once, but that the unexpected cannot be used as an excuse.

He also said it is a serious problem that communications were cut off at a time of emergency. He said he plans to take measures immediately, including the use of more portable satellite phones.

Yamamura added that he has ordered the force’s submarine fleet commander to review procedures for raising periscopes above water, and conduct safety training based on similar past accidents.