72% back Mori’s decision to resign; 70% wary of vaccine, Asahi survey 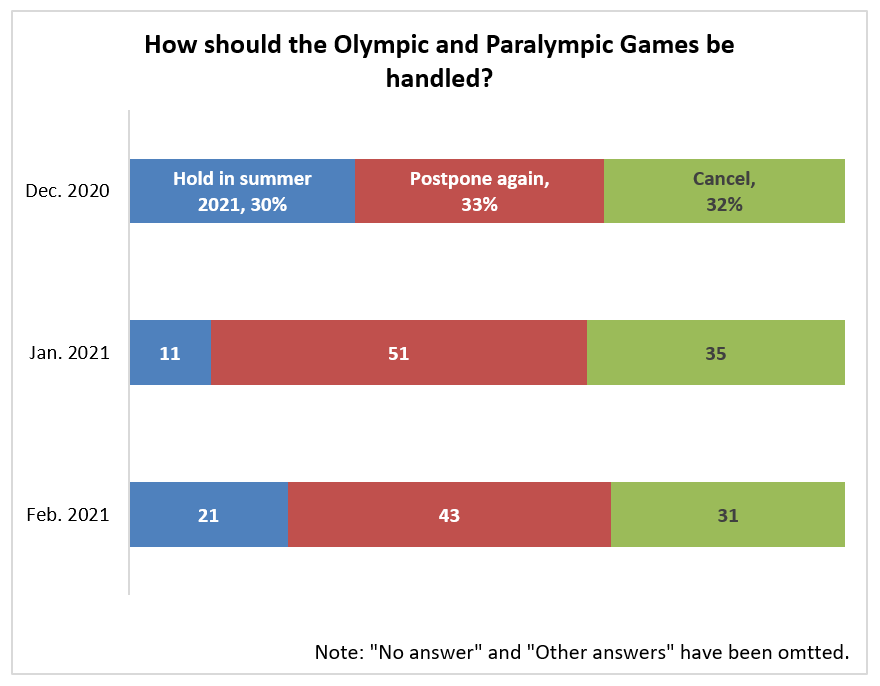 Seventy-two percent of voters view Yoshiro Mori’s resignation as Tokyo Olympic organizing committee chief over his sexist remarks as only natural while 21 percent said the move was unnecessary, an Asahi Shimbun survey showed.

The nationwide telephone survey conducted over the weekend also found a slight increase in the approval rating for the Suga Cabinet and a decrease in skepticism over the safety of COVID-19 vaccines.

Mori, a former prime minister of the Liberal Democratic Party with a history of offensive remarks, sparked international outrage earlier this month for saying women prolong meetings because they are competitive and eager to have their opinions heard.

Although many critics said Mori’s words reflected “old-fashioned” thinking, older respondents in the survey were more likely to approve of his Feb. 12 resignation, the survey showed.

Among LDP supporters, 67 percent viewed the resignation as a matter of course. 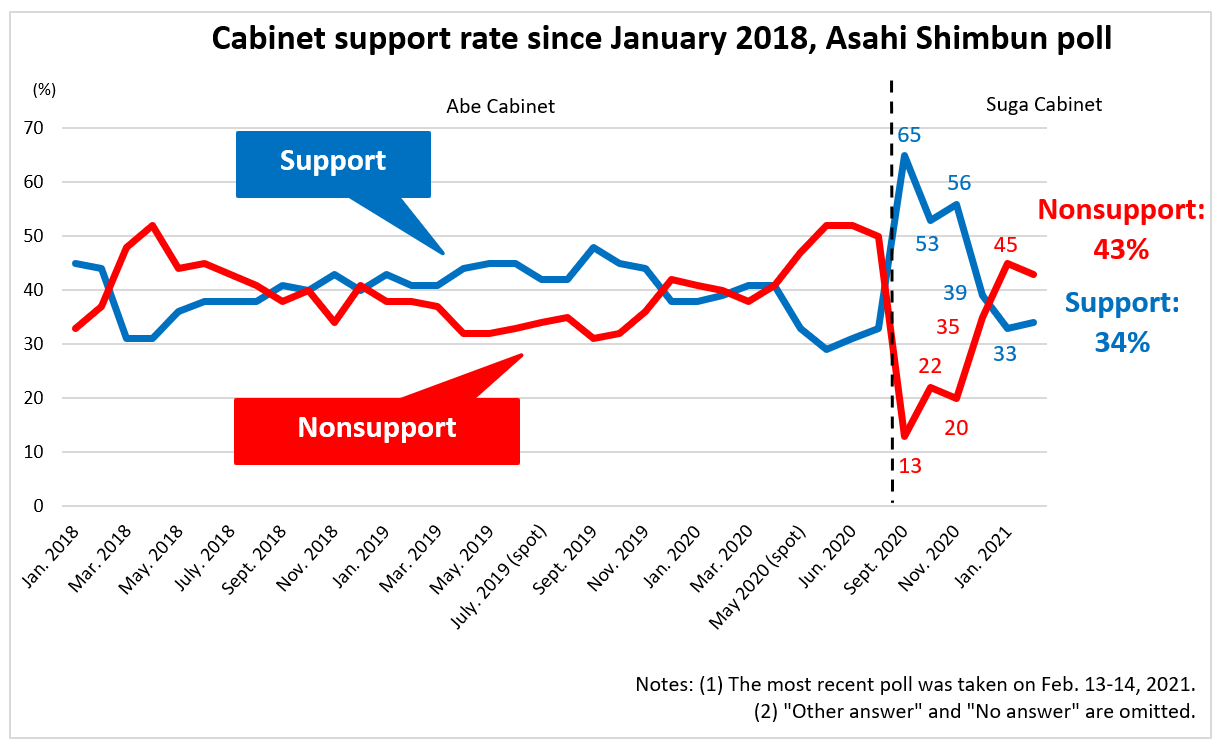 The approval rating for the Cabinet of Prime Minister Yoshihide Suga stood at 34 percent, up 1 percentage point from the last month’s survey, apparently because of the planned start this week of Japan’s vaccination program against COVID-19.

The disapproval rating of the Cabinet fell by 2 points to 43 percent, according to the latest survey.

The rate of men endorsing the Cabinet remained higher than that of women.

Thirty-six percent of male voters supported the Cabinet, unchanged from the January survey, while the rate of their female counterparts was 32 percent, up 1 point.

Younger people tend to take a more favorable view of the Cabinet, the survey showed.

While voters from 18 to 29 were almost equally divided over their assessment of the Cabinet, more voters in their 30s and older gave a thumbs down to the Cabinet than those who approved of the administration.

Among unaffiliated voters, approval of the Cabinet was 18 percent, compared with 16 percent in the January survey.

The public’s view of the coronavirus vaccine remained mixed, the survey found.

Asked if they would take the vaccine if it were available for free now, 29 percent said they would “immediately,” up from 21 percent in the previous survey.

The survey also touched on reports that Suga’s son was involved in wining and dining of senior government officials who have oversight authority in his company’s industry.

Fifty-four percent of respondents found it “unacceptable” when Suga said he should not comment on the matter because his son is a separate person.