French Ambassador to Japan: Cooperation with Japan is important 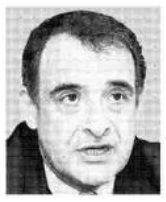 French Ambassador to Japan Philippe Setton, who assumed his post in October last year, sat down for an interview with the Yomiuri Shimbun to share his views on security in the Indo-Pacific region and cooperation between Japan and France.

France sees itself as a nation in the Indo-Pacific region because we have some 1.6 million citizens in overseas territories and an extensive exclusive economic zone in the region. We have actively engaged [in the region] for our citizens living there and for the security of the entire region.

In recent years, China is expanding its presence in this region, which increases its strategic importance. China is trying to extend its hold over the region by promoting the “Belt and Road Initiative” designed to create a new economic bloc and to change an international order we have been establishing since the 1950s in its favor. China is our powerful rival as it is trying to widen its sphere of influence by building military and technological strength.

On the other hand, we need to partner with China when necessary, such as in the fight against climate change. China is a partner we need to get along with through a combination of competition and cooperation.

In 2018, France announced its defense strategy in the Indo-Pacific region. The strategy, which was the first to be released by a European nation, has many things in common with the free and open Indo-Pacific strategy proposed by former Prime Minister Shinzo Abe.

To contribute to the region’s stability, the strategy focuses on ensuring free and safe navigation, taking anti-terrorism measures, and preventing organized crime. A multilateral approach is necessary to protect the rule of law.  Cooperative ties with Japan, which is a superpower in this region, will become important.

France and Japan have forged a special and wide-ranging cooperative relationship. [Japan] holds a prominent position [for France] in the spheres of defense and security in addition to those of politics, economy, trade, and science and technology. Not only exchanging information but also conducting joint military exercises will enable us to act based on actual experiences. We want to enhance the bilateral relationship by strengthening cooperation to the level where we can take necessary actions as trustworthy partners even in a contingency.