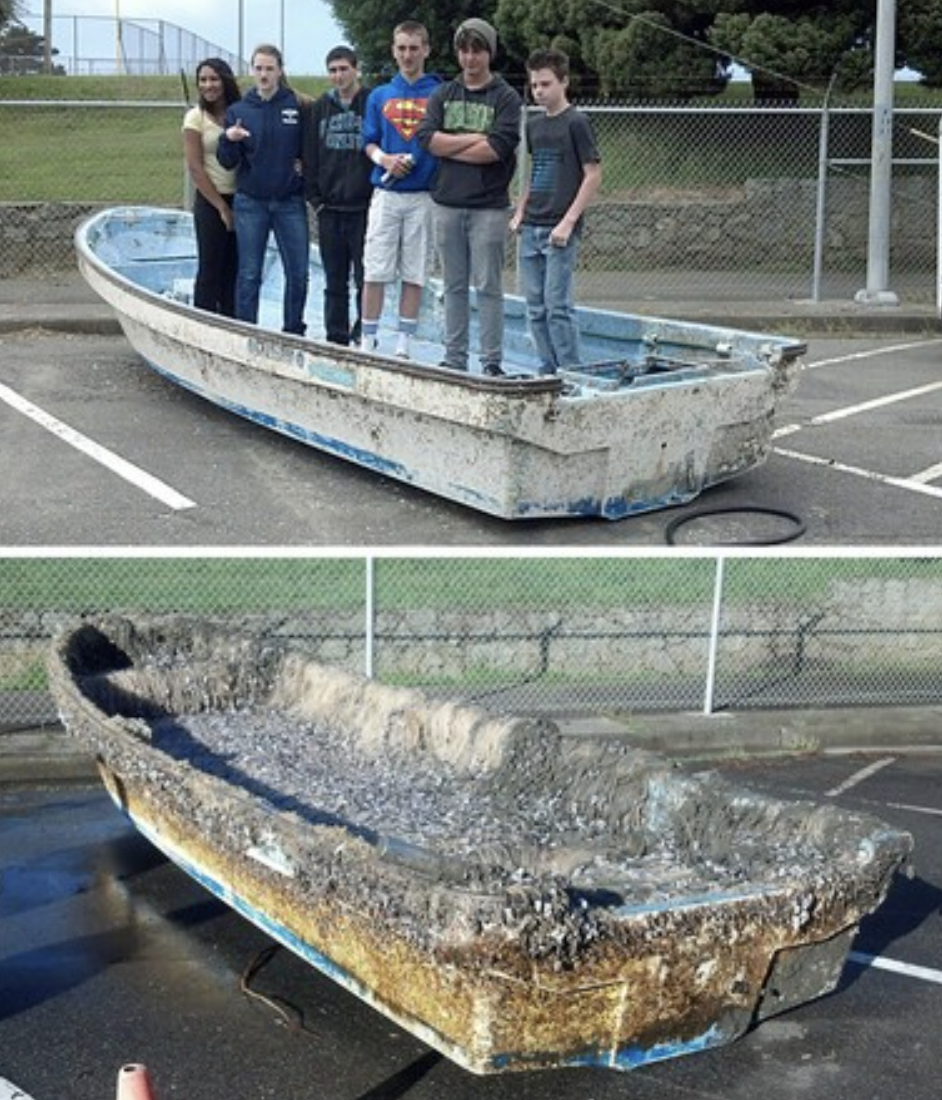 (Above) The refurbished “Kamome” and the high schoolers who cleaned it up. (Bottom) “Kamome” when it washed ashore in Crescent City. (photos courtesy of Chris Howard)

Crescent City, CA — A long-established cheese manufacturer in Crescent City, California, is handcrafting a new cheese using salt from Rikuzentakata, Iwate Prefecture. The two cities developed ties after a Rikuzentakata boat washed ashore in Crescent City after having been swept out to sea by the tsunami triggered by the Great East Japan Earthquake. This city-to-city friendship has gone from strength to strength, and Rikuzentaka and Crescent City are currently planning to launch a youth exchange program using the proceeds from the cheese sales.

In April 2013, a muddy, heavily barnacled boat washed ashore in California’s northernmost port town of Crescent City. The boat turned out to be that of Takata High School. It was the school’s training vessel, “Kamome.” It had been adrift from more than two years as it meandered its way from Iwate Prefecture across the Pacific Ocean to Crescent City. Students from the nearby Del Norte High School spruced the boat up, and it was returned to Rikuzentakata in October that same year. 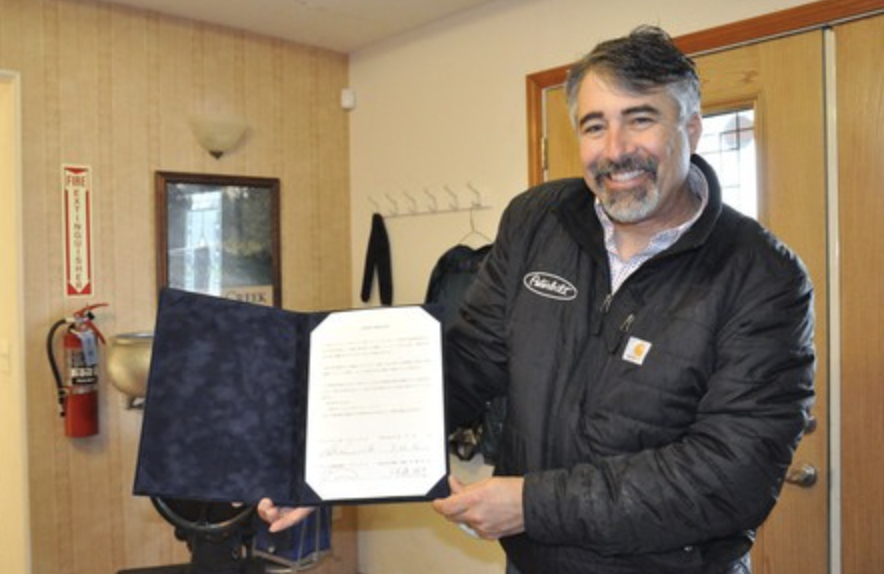 Since then, the two cities have developed a close relationship, signing a sister city agreement in 2018. In both business and culture, “the friendship has blossomed beyond what we ever imagined!” shares Chris Howard (50), chair of the Board of Supervisors of Del Norte County, home of Crescent City. “We hope to build a lasting relationship, sharing the hope that Kamome has given us,” he continued.

The city-to-city friendship inspired Rumiano Cheese Company to create a new product that could serve as a symbol of the cities’ friendship. A local Del Norte business that has manufactured cheese for 100 years, Rumiano handcrafted a hard cheese that uses a small amount of salt, which it procures from Iwate. The new cheese is called “Kamome” and is made by applying the company’s award-winning skill to harness the flavor of the Iwate salt.

When Rikuzentakata residents learned that the Crescent City cheese company was using salt from Iwate’s Noda Village for the cheese because Rikuzentakata did not produce salt, they decided they wanted to change things.

Learning of the new cheese being crafted by Rumiano Cheese, Nahomi Tsuboi started a project to process salt from locally collected seawater using a wood stove. Tsuboi, who had moved from Aichi Prefecture to Rikuzentakata after the earthquake, managed to crowdfund 660,000 yen for the project and was able to produce and send 11 kilograms of salt to Crescent City by December 2020. 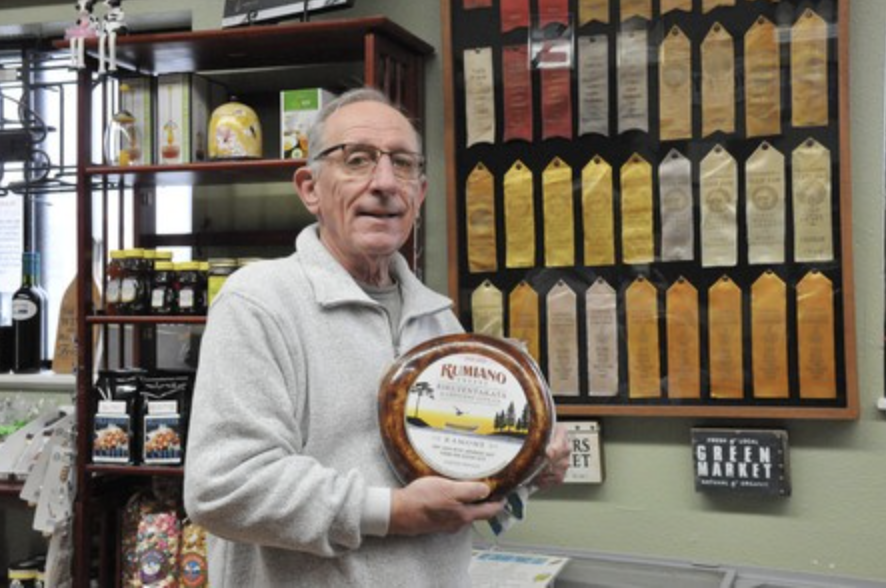 Rumiano Cheese will spend the next 10 months or so making the new cheese and then market it during the yearend holiday shopping season.

The company says that the salt sent by Tsuboi will be used to produce approximately 1,000 kg of cheese. “All proceeds from the cheese sales will be donated to the friendship exchange programs of the cities’ high schools,” said Baird Rumiano (70), the third-generation owner and president of the cheese company. He estimates the proceeds will likely be somewhere around $10,000 (1.05 million yen).

“Japanese salt is rich in flavor (compared with salt made in the U.S.). It gains a sweetness as it ages, too,” said Rumiano, expressing his high hopes for the new product.