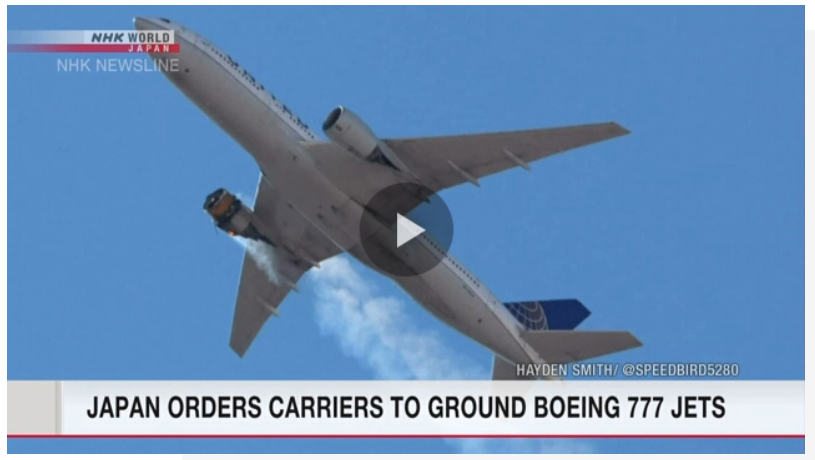 Japan’s transport ministry has instructed domestic airlines to halt operations of a type of Boeing 777 aircraft after a jet engine failed shortly after takeoff in the United States.

The Japanese ministry issued the order to All Nippon Airways and Japan Airlines, which respectively have fleets of 19 and 13 of the Boeing 777 jets with the same type of engine.

The ministry asked the carriers to ground the jets while necessary measures are being studied.

Both airlines say they plan to use other aircraft and their scheduled flights would not be affected.

Part of the aircraft’s engine cover was lost during flight and a hole about 28 centimeters across was found on its horizontal tail.

The ministry says it will look into what measures will be needed while gathering information from the US Federal Aviation Administration.