An excerpt from the dissertation in question written by Professor Ramseyer. It says, “By fighting the move (of the Futenma base to Henoko), Okinawan elites obtain higher subsidies from the national government and mainland activists pursue their extra-Okinawan agenda.”

J. Mark Ramseyer, a professor at Harvard University in the U.S., has issued a paper that analyzes the construction of a new U.S. military base in Henoko by saying, “Ordinary Okinawans approved of the construction but local elites and mainland activists oppose it for personal gain,” the Okinawa Times has learned. The professor’s paper is fraught with factual errors, including the claim that the Japanese military purchased the land for the Futenma airfield. His paper has raised the concern that discrimination against and disinformation about Okinawa will spread through the association with a prestigious university.

The paper is titled “A Monitoring Theory of the Underclass: With Examples from Outcastes, Koreans, and Okinawans in Japan.” It was published in January 2020 and the full text is still posted on the university’s website.

In the paper, Ramseyer defines public officials and landlords of [U.S.] military properties as Okinawa’s elites and insists that they engage in the anti-Henoko base campaign as an “extortion strategy” to raise their salaries and the rent on land. But he does not present direct evidence for his claims. He envisions a structure in which ordinary Okinawans are sacrificed for the benefit of certain elites and mainland activists.

As for the Futenma airfield, the paper contains the following factual error: “The Japanese military had bought (n.b.: not rented, bought) the land for the base and started work on it in 1942.” But in fact, the Futenma base was constructed after the U.S. military forcibly requisitioned the land now used for the base during the Battle of Okinawa in 1945 and the Japanese military was never involved with the base.

As well, researchers are pointing out arbitrary and inaccurate citations of documents in another paper of Ramseyer’s,  entitled, “Contracting for Sex in the Pacific War,” which argues that the “comfort women” of the Japanese military were prostitutes.

In response to queries from Okinawa Times, Ramseyer would only say, “I will not publish this paper [A Monitoring Theory of the Underclass: With Examples from Outcastes, Koreans, and Okinawans in Japan].” He did not respond to questions about whether he acknowledges the problems with his paper or about whether he will officially withdraw it. Harvard University did not respond to the Okinawa Times’ request for an interview.

Ramseyer specializes in corporate law, and his title at Harvard Law School is “Mitsubishi Professor of Japanese Legal Studies.” According to the university’s website, he spent his childhood in Japan and has taught at Japanese universities. In 2018, he was awarded the Order of the Rising Sun, Gold Rays with Neck Ribbon by the Japanese government for his contribution to Japanese studies. 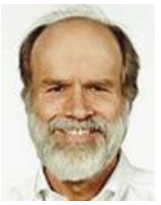