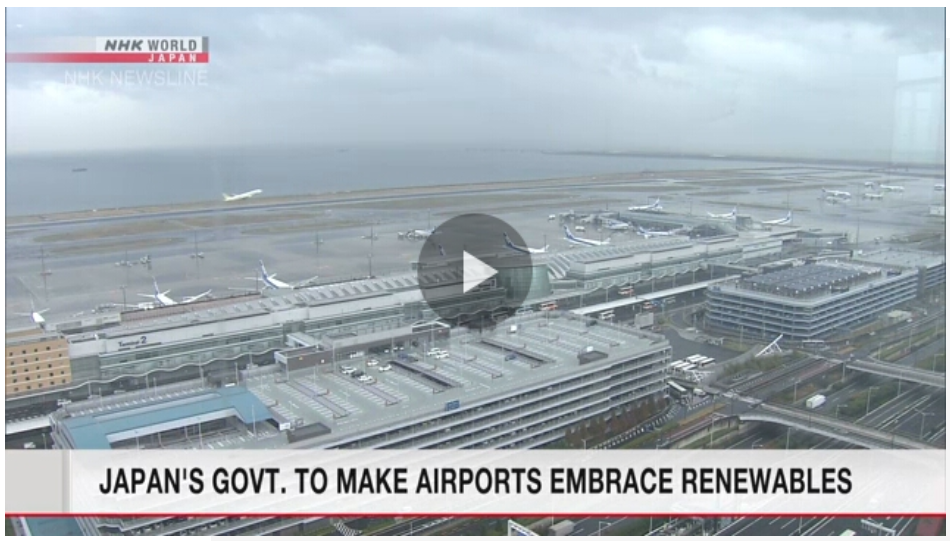 The Japanese government is planning to get the country’s airports to embrace renewable energies.

Its initiative calls for the facilities to generate their own clean energy, and take other measures to reduce their carbon-dioxide emissions.

NHK has learned the transport ministry has decided to form a panel of experts who will come up with ways of harnessing clean energy at airports.

Ministry officials estimate that Japan’s airports generated about 2.6 million tons of CO2 in the fiscal year that ended in March 2019.

One idea in the initiative is to install solar panels on facility grounds, which usually don’t have tall, shade-producing buildings.

The experts will also come up with specific ways of minimizing airports’ carbon footprints.

The use of LED lighting and electric vehicles are among the ideas. The experts will also try to figure out ways of cutting fuel consumption by aircraft when they taxi between terminals and runways.

The ministry expects the panel to put together its recommendations, including financial support measures, by yearend.