Monument to U.S.-Japan friendship to be unveiled on disaster-hit island 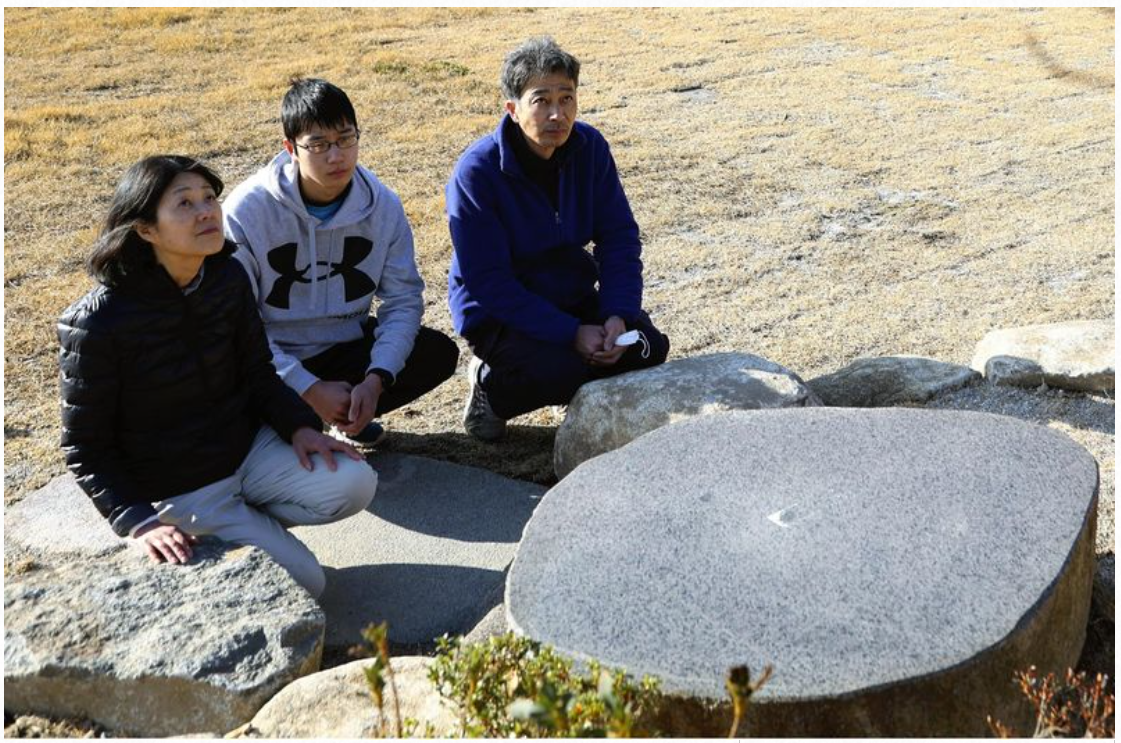 The Yomiuri Shimbun / Reiko Kikuta crouches beside the base for the monument on Oshima island in Kesennuma, Miyagi Prefecture, with her husband and son on Wednesday.

The U.S. military’s Operation Tomodachi relief effort was vital to the people of Oshima island in Kesennuma, Miyagi Prefecture. The island was severely damaged by the tsunami triggered by the Great East Japan Earthquake and cut off from the mainland, leaving over 3,000 people stranded. Interactions between islanders and Marines involved in the operation continued afterwards.

To leave a testament to their friendship, a group of islanders have built a monument and will hold an unveiling ceremony on Sunday, inviting Marines and others.

In the immediate aftermath of the disaster, in which the tsunami destroyed the port and ferries, relief supplies could not reach the island in bulk. On March 27, 2011, 16 days after the disaster, the 31st Marine Expeditionary Unit and others transported supplies by landing craft, and on April 1, they landed on the island, where they spent about a week setting up showers and removing debris with heavy machinery.

Reiko Kikuta, 55, one of the islanders who built the monument, recalled seeing the Marines offering silent prayers for the victims, saying, “My image of them as only strong soldiers changed completely.”

As they cleared away the debris, the Marines carefully sorted through photos, dishes, and other personal mementos.

When dismantling damaged houses, they communicated well with the owners. “I was moved by their attitude of cherishing families and memories,” Kikuta said.

The islanders gave cookies to the Marines, and the Marines gave candies to the island’s children. Caleb Eames, 43, one of the Marines, remembered that even though they had lost everything, the islanders were warm people. He said he was encouraged by the way they tried their best to get on with life.

One of his lasting memories is of Kikuta’s eldest son, Wataru, who was 8 years old at the time. Wataru, now 18, was working with his father, Takeshi, now 56, on the restoration of the road leading to the port, with the Marines working alongside them. Eames was impressed by the struggles of a young boy who had lost his home. “[Wataru] was our hero,” he recalled.

When the Marines left the island after completing their activities, about 200 residents saw them off with colored tape and handmade American flags. In August of the same year, the Marines invited elementary and junior high school students from the island to their homes in Okinawa, where they were stationed, and in January of 2012, the Marines visited the island again.

From 2013 to 2016, Eames participated in the island’s marathon race, and Wataru cheered him on from the roadside, waving a big fishing flag. They became family friends, fishing and eating together on the island.

“[Eames] is like a friend and a big brother to me and gave me the strength to move forward from despair,” said Wataru. He is now studying to become a navigator, and said he wants to do work beyond borders. Eames is scheduled to attend the unveiling ceremony and is looking forward to seeing Wataru again, saying, “I have a lot to tell him.”

The building of the monument was called the Hanamizuki (Dogwood) Project. The name derived from the fact that in 1912 Japan presented cherry tree seedlings to the United States as a token of friendship, and the U.S. in return presented dogwood trees. The monument is inscribed with the words “Kizuna o Eien ni” (Bonds to be kept forever), and three dogwood trees were planted around the monument.

“Exchange between people. That’s what Operation Tomodachi was all about. I want to pass on these important bonds to future generations,” Kikuta said. 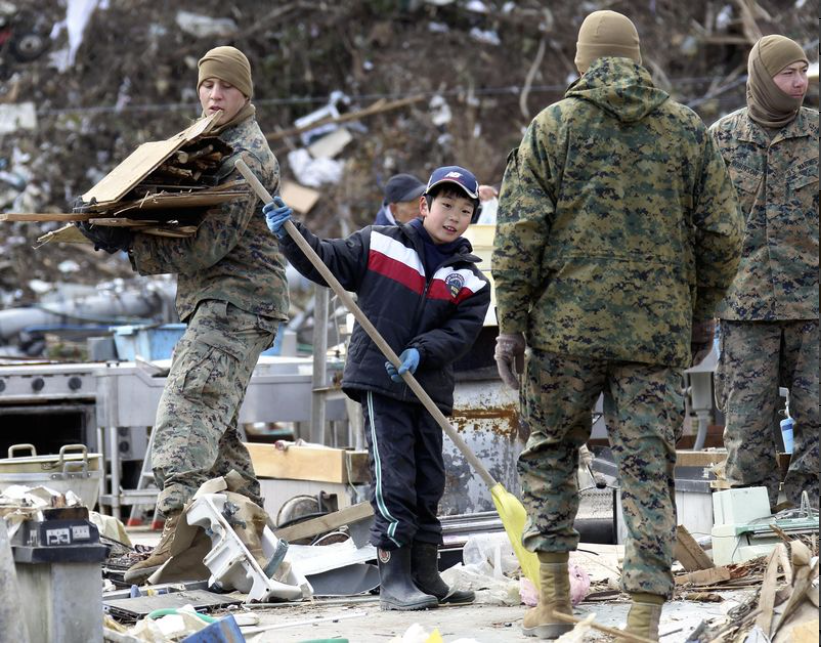