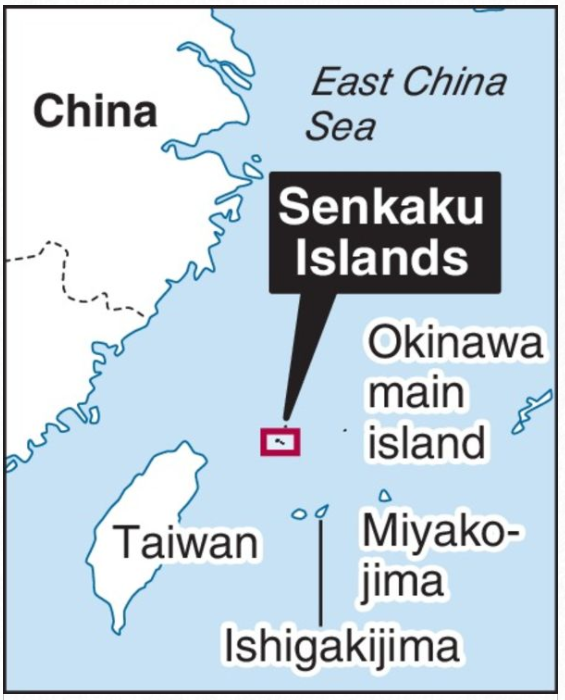 U.S. forces stationed in Japan planned to conduct an emergency supply drill in the waters around the Senkaku Islands in Okinawa Prefecture in February, but it was canceled due to bad weather, The Yomiuri Shimbun has learned from sources close to the Japanese government.

The U.S. military rarely conducts drills in the vicinity of the Senkakus. It is believed that the United States aims to restrain China, which has repeatedly carried out provocative actions by invading Japanese territorial waters in the area.

The drill was apparently going to be conducted on the assumption that U.S. forces in Japan would be mobilized in the event of an emergency related to the Senkaku Islands.

The U.S. military had notified the Japanese side in advance that the drill was going to be conducted by U.S. forces alone. They planned to check a series of operations in which ammunition and other supplies would be dropped from a cargo plane and retrieved from the sea, the sources said.

It appears that through the drill, the U.S. military was trying to strengthen its ability to supply units landing on the islands and naval vessels dispatched to the surrounding waters in order to defend and retake the Senkaku Islands.

U.S. President Joe Biden, Secretary of State Antony Blinken and other officials of the U.S. administration have repeatedly stated that an invasion of the Senkakus would be subject to application of Article 5 of the Japan-U.S. Security Treaty, which obligates the United States to defend Japan.

In response, China has been intensifying its provocative actions. The country brought coast guard legislation into force on Feb. 1 stipulating the conditions under which weapons are allowed to be used by vessels belonging to the China Coast Guard.

With regard to this plan of the U.S. forces, a source related to the Japanese government said, “The drill is intended to clarify the U.S. intention to get involved in the Senkaku issue and deter China’s escalating provocations.”

Another source believes that by conducting this unusual drill, the Biden administration is aiming to promote its stance of placing importance on allies, as it is committed to strengthening such ties to counter China.

The Japanese government is also trying to strengthen the Japan Coast Guard’s ability to respond to the China Coast Guard’s vessels. JCG boats and Maritime Self-Defense Force destroyers participated in a drill that was held off the coast of Kyushu on Tuesday on the premise of stopping and chasing a suspicious vessel. The JCG also conducted a joint drill with the U.S. Coast Guard on Feb. 21 under the assumption of a crackdown on foreign fishing vessels.

The Japanese government has taken the legal position that the JCG and the SDF may be able to fire “harmful shots” that could injure the other party if a Chinese vessel approaches the Senkaku Islands for the purpose of landing there.