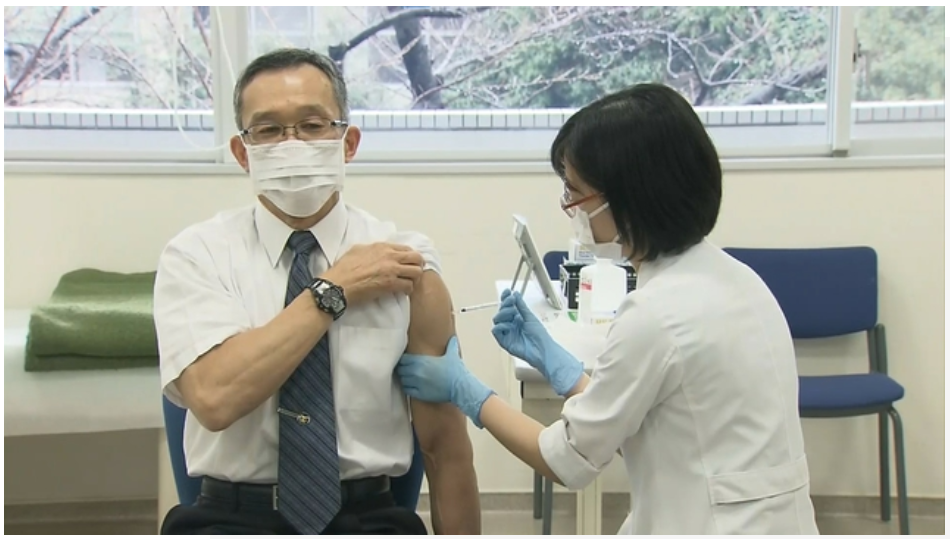 Coronavirus vaccinations have begun for the medical staff members of Japan’s Self-Defense Forces. The drive is part of a program that aims to give priority vaccinations to medical workers across the country.

Workers at the Self-Defense Forces Central Hospital in Tokyo were the first to receive shots on Monday.

They were asked questions about their health and whether they had a history of allergies before they received the inoculation. After they got the jab, they stayed for about 15 minutes in a designated area to see if they developed any adverse reactions.

The hospital says all of its 1,000 workers, including clerical personnel, are scheduled to be inoculated. As a trial run, five people, including the hospital head, Fukushima Koji, got the jab on Monday.

Fukushima said that the vaccination drive is starting fully on Tuesday. He said the hospital will manage the doses appropriately and be careful about side effects.

The Defense Ministry says a total of about 14,000 SDF medical personnel are on a vaccination priority list.

Among those listed are doctors and nurses at SDF hospitals and other medical service members at SDF units.

Personnel engaged in the emergency transport of patients from remote islands are also on the list.