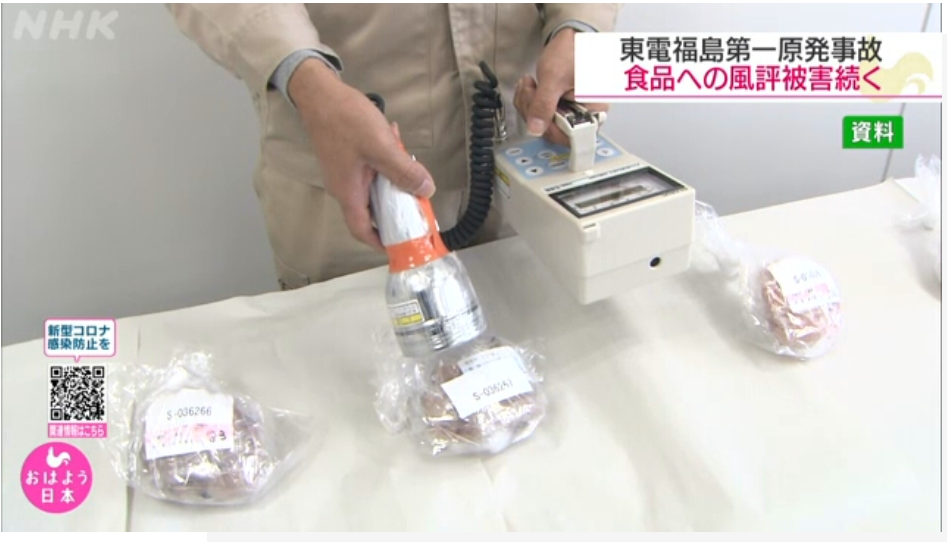 Thursday marks 10 years since the massive earthquake and tsunami hit northeastern Japan and caused the accident at the Fukushima Daiichi nuclear plant. But harmful rumors about farm and fish produce linger.

The government has been checking the concentration of radioactive substances in agricultural, forestry and fishery produce, mainly in the disaster-hit areas.

In the first test conducted in fiscal 2011 after the disaster, 3.4 percent of the checked items exceeded the standard levels. Those that failed to meet the standard include a wide range of items, such as rice, vegetables, fruits and marine produce.

In this fiscal year, the figure dropped to 0.025 percent as of December. Those items included some mushrooms and edible wild plants.

The government says the safety of foods is sufficiently assured as Japan’s standard is stricter than international rules and shipments will be restricted if the concentration level exceeds the standard.

A recent survey of consumers found that 8.1 percent of the respondents said they hesitate to buy food from Fukushima Prefecture because of concerns about radioactive substances. The survey also showed the rate for produce from the three prefectures that were hit the hardest by the disaster stood at 6.1 percent. Those figures are lower than half of the rates eight years ago when the survey began.

Even so, harmful rumors about food produce from the area still remain.

Outside Japan, 54 countries and territories had imposed restrictions on imports of some Japanese food produce after the disaster. Among them, 39 countries, including Canada and Australia, have lifted the restrictions.

But six countries and territories, including Hong Kong, China, Taiwan and South Korea, continue suspending imports of some food produce from Fukushima and other prefectures. The European Union, Britain and others require certificates for clearing a test on radioactive substances.

The government says that it will actively disseminate information on the safety of food produce and work to dispel harmful rumors at home and abroad.