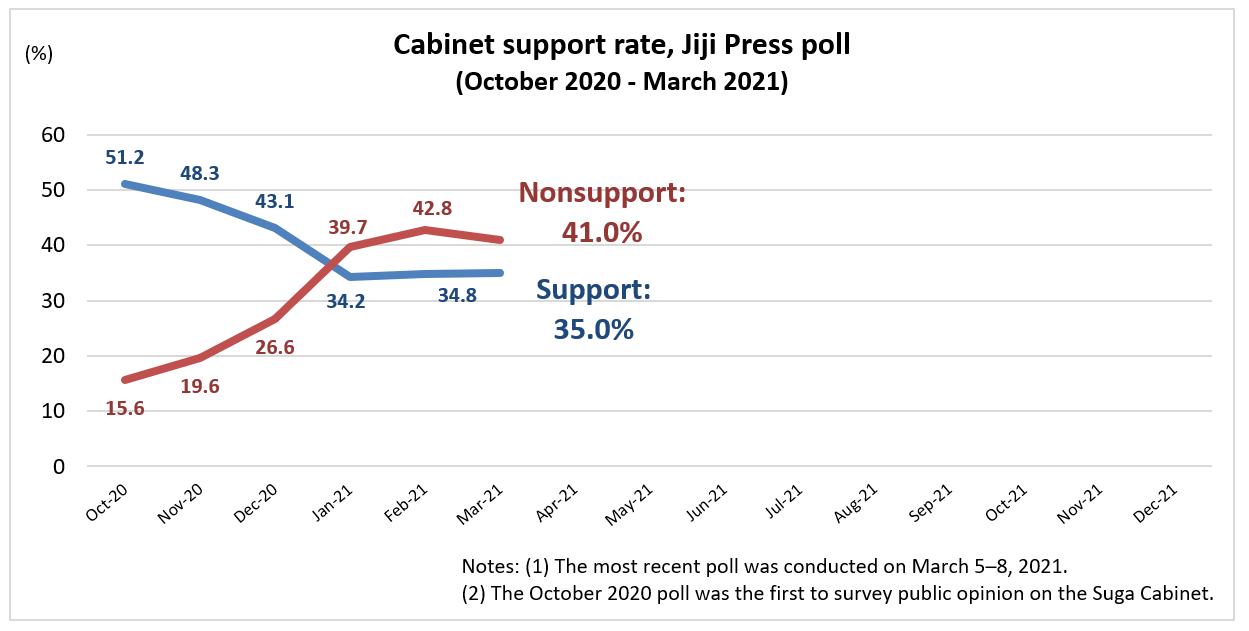 The support rate inched up 0.2 point from February, while the disapproval rate slid 1.8 points to 41.0 pct.

On their reasons for supporting the cabinet, with multiple answers allowed, 14.4 pct said there is no person other than Suga suitable to be prime minister, 8.1 pct said they trust him and 7.5 pct said that they would support anybody.

It is the first time, including during former Prime Minister Shinzo Abe’s second stint as leader from 2012, that “would support anybody” ranked among the top three options for reasons to back the cabinet.

Of those who disapproved the cabinet, 22.8 pct said Suga lacks leadership, 21.4 pct said they cannot expect anything from him, and 16.1 pct said they do not trust him.

The survey showed that 67.2 pct of respondents said that Suga’s response to a dining scandal involving his eldest son and communications ministry officials were inadequate.

The share of those who found the prime minister’s response sufficient came to 11.1 pct, while 21.7 pct answered that they did not know.

The support rate stood at 2.4 pct for Nippon Ishin no Kai (Japan Innovation Party), 1.7 pct for the Japanese Communist Party, 0.4 pct for the Democratic Party for the People and 0.2 pct each for the Social Democratic Party and Reiwa Shinsengumi. Respondents who back no particular party accounted for 62.4 pct.